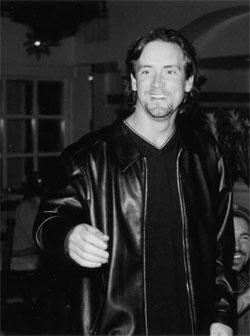 The Hollywood cinematographer who wrote the screenplay for “Flyboys” will use his experiences today to discuss cinematography with students and faculty.Blake Evans, a 1986 radio-TV-film graduate for TCU, has been involved with the television series “The District,” “Jake in Progress” and set-to-be released “Big Day,” which premieres Nov. 28 on ABC.Evans will address topics in cinematography such as relationships among actors, directors, directors of photography, cameramen and writers. He will also have a cinematography lighting workshop, a question-and-answer session, a reception and a screening of his film clips. Evans will also speak to several theater and radio-TV-film classes. Chandler Smith, director of development for the College of Fine Arts, said Evans’ experience will benefit students who are interested in cinematography and film.”Blake Evans is very professional and focused, and he pays great attention to the detail of his work,” Smith said. “For students to see what kind of thought, preparation and character goes into how a film looks will bring a new appreciation for the business.”Evans’ other films include “The Prince & Me 2” and “The Third Nail.