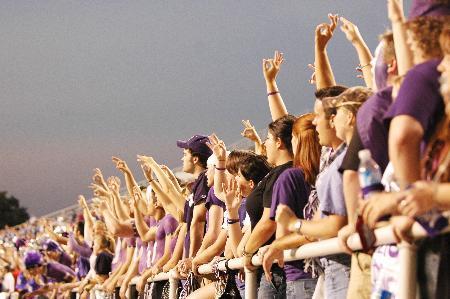 The Horned Frog 2008 football schedule has been released, and TCU will be starting its season against Mountain West Conference opponent the University of New Mexico.

This is the first time the Horned Frogs will be playing a conference team to start its regular schedule since 2003.

The Frogs travel to Albuquerque, N.M., on Aug. 30, starting away from home for the third time since joining the MWC.

The schedule includes 11 consecutive weeks of play for the Frogs, starting in New Mexico and ending Nov. 6 at the University of Utah.

The 2008 schedule features two Thursday games against Brigham Young University and the University of Utah. Last season featured three Thursday games, which all resulted in losses for the Frogs.

When TCU plays BYU on Thursday, Oct. 16, it will be the third year in a row the two teams have faced each other on a Thursday. TCU is 0-2 against BYU on Thursdays.

TCU has also played Utah on Thursday each year it has been a member of the MWC. Utah leads the Thursday series 2-1.

The regular season and conference finale for TCU is Nov. 22 when TCU faces the Air Force Falcons in Fort Worth.