Campus cyclists should show some manners 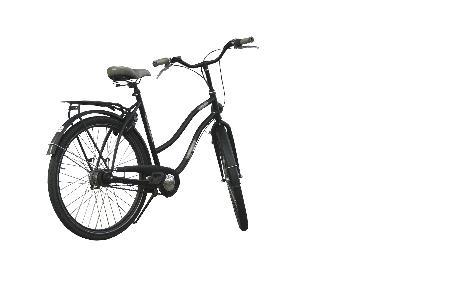 Riding a bicycle is a time-honored tradition around the world. Centuries of development and technological discovery have left the general citizenry with varieties including the unicycle, mountain bike, recumbent bike and even the two-seater. As a mode of transportation, it is both non-pollutive and far more efficient than walking.

However, there seems to have arisen a great amount of abuse by larger, more frequented vehicles such as the egregiously large pickup truck and sports coupes. For too long now, the average cyclists have been banished to the outskirts of society, forced to resign themselves on the periphery of vehicles known as “man-powered” machinery. While I certainly agree that they should be far more respected on the road, there is also a level of etiquette that accompanies the rights of two-wheeling.

As many students have noticed, the rise in gas prices and the fashionable trend of Electra “town-cruisers” has led to an influx of bicycles on campus. The university has favorably provided accommodations in the form of more racks at which to park, wider sidewalks on which to ride and general encouragement for the act through its own Purple Bike Program.

However, with all great ideas come certain downfalls. Too many times, I have witnessed the speeding, hell-bent BMXer recklessly careening down one of the many slopes on campus, evading cars and pedestrians without so much as a tap of the brakes. This is where the issues begin to manifest themselves.

TCU prides itself on its pedestrian-friendly campus. “Pedestrian” itself is a word indicative of the action of walking. I have often seen, or felt the presence of, some looming figure just over my shoulder, only to discover the disgruntled face of a cyclist, leering pejoratively at me and whisking by as I politely move to the side. There is certainly enough room for both to occupy the space provided. If an object obstructs your path, it is reasonable to swerve in a wide, unthreatening manner, even toss a smile aside to indicate the friendly circumstances that transportation to and from class entails. After all, when walking along the sidewalk, few of us would scurry up behind someone and breathe heavily until they realized that the expectation was for them to shift out of the pathway.

Additionally, while I agree that cars, trucks and other motorcycles typically do not drive with caution around bicyclists, one who is on the road without a gasoline-powered engine should realize this. Occupying an entire lane is both a safety hazard to you and the vehicles which are swerving around your relatively slow-moving self. Care should be taken to ride either on the sidewalk or along the shoulder in moving traffic. This also allows for high-fives to oncoming pedestrians and friendly head nods to the bypassing traffic to be given simultaneously.

As an avid rider myself, these rules are not to be misconstrued as an attempt to create a negative stigma toward cycling, for it is certainly enjoyable. Rather, may it provide an example which will allow all members of the campus to stride in rain boots and pedal with precision in a pleasant and open-minded manner. Stride and ride safely, TCU.