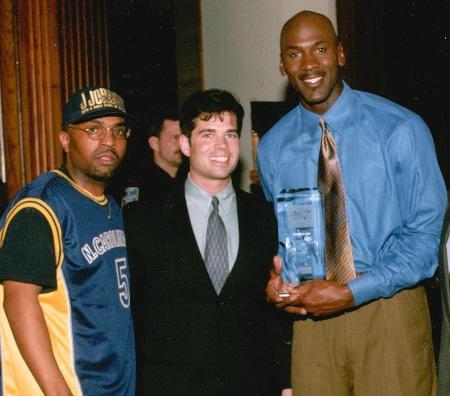 Erin Patton, founder of the brand management consulting firm The Mastermind Group, has given advice to Michael Jordan, Venus and Serena Williams and LeBron James on various brand and product launches.

Tonight he will share some insight about the marketing and advertising industries with university students at 6 p.m. in the Kelly Alumni Center.

Patton was the driving force behind the creation of Nike’s Jordan Brand.

Students from the university’s Ad Association and American Marketing Association chapter will host a discussion and book signing featuring Patton as the guest speaker. He will sign copies of his book “Under the Influence: Tracing the Hip-Hop Generation’s Impact on Brands, Sports and Pop Culture.”

Patton said students receiving the book had greater redeeming value to him than receiving payment from the university.

“It’s really about being able to share my experiences,” Patton said. “To have students be able to access that and utilize it and empower themselves through that information, to me was paramount to any … honorarium.”

Patton said he wanted students to gain perspective on their ability to influence and create change. He said he wants to discuss the opportunities for change and rising leadership in the advertising and marketing industries.

“I have a sense of obligation to this next generation of leaders within the advertising, marketing and communications field to provide a blueprint for their eventual migration into the industry,” Patton said.

Kalyn Baldwin, president of the Ad Association and a senior strategic communications major, said Patton’s discussion with students and local professionals would provide a current interpretation of the advertising market.

“I think his vast experience in marketing, advertising and other industries … will really show the students, one, variety; two, what they could potentially do; and three … that there’s more to the ad world outside of Fort Worth and Dallas,” Baldwin said.

Caitlin Burns, a senior graphic design major, said the most interesting aspect of Patton’s career is his work as the architect of Nike’s Jordan Brand.

“It’s such a big brand,” Burns said. “If anyone saw that symbol they would know exactly what it was.”

Burns said she looked forward to Patton’s discussion because she thought brand management was an important part of graphic design and advertising.

The Schieffer School of Journalism and the Neeley School of Business both funded the event.