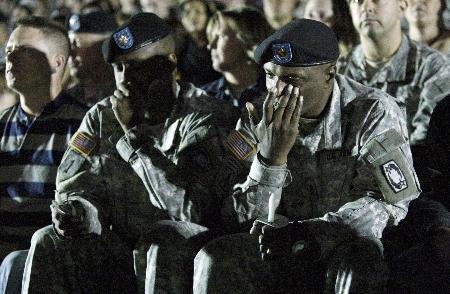 With the recent shooting at Fort Hood outside of Killeen, one has to wonder what the exact causes of the horrific shooting were and ways to alleviate them to prevent similar problems in the future. Is our support system for soldiers outdated, or in this case, is this one instance that “just got away”?

With the immense levels of emotional and physical stress that our armed forces go through home and abroad, maybe we need to question the support system we have for them. There is a high chance that the system is just not good enough and we need to do more for our soldiers. The situation with Maj. Nidal Malik Hasan is slightly different but it still points to a flaw in the support system and its inability to help and if needed, discharge or court martial troubled people in our armed forces.

The failure of the military’s support system is no better exemplified than in the shooting at Fort Hood committed by Hasan, a purported follower of extremist Islamic ideology with anti-American views. There is obviously something mentally wrong with Hasan to cause him to do this to his own brothers in the Army, and it is clear that the military’s support system failed to help Hasan. Now we are suffering the consequences of Hasan’s violent outburst.

Ironically enough, Hasan is a fellow of the Army’s Disaster and Preventative Psychiatry department, so this outburst is the exact situation that he would be called to help in. It is a shame he could not have used his own training and schooling to diagnose and help himself. Under Hasan’s smug smile is an Islamic extremist with a terrorist agenda, not too dissimilar to the hijackers from 9/11 that should have caught the eye of at least the higher-ups in the military and maybe even the FBI and Homeland Security.

In no way am I stating that all Muslims have a penchant for terrorism and violence on American soil. It is actually quite the opposite; I applaud the military’s multicultural makeup. It is just the failure of its support system that needs to be questioned for the sake of our soldiers at home and overseas.

In the future, I hope the military pays more attention to troubled individuals in the hope that there will not be another horrific attack on a military base on American soil.

Danny Peters is a junior psychology major from Fort Worth.