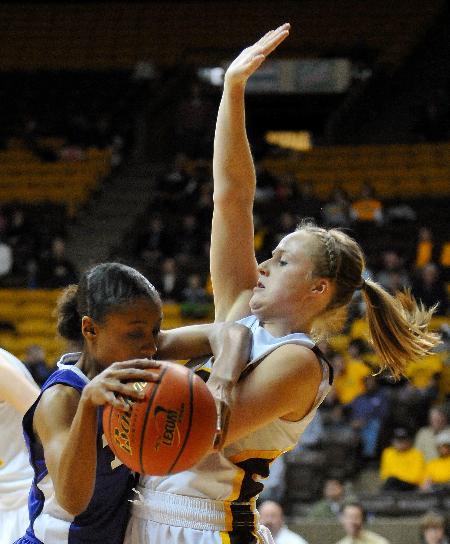 With a loss to Wyoming and a win against San Diego State last week, the Lady Frogs dropped one spot in the Associated Press Top 25 rankings to No. 23.

With this victory, the Lady Frogs advance to No. 2 in the MWC with a 3-1 record in conference.

Junior guard Helena Sverrisdottir led the team in scoring with 22 points while junior guard Emily Carter came in as a close second with 21.

Senior guard Eboni Mangum racked up 12 points and five steals against the Aztecs as well.

Offensive pressure from the Lady Frogs caused one Aztec, Jene Morris, to foul out, and led juniors Allison Duffy and Paris Johnson to four fouls each.

TCU returns to the court next weekend against UNLV in Las Vegas.