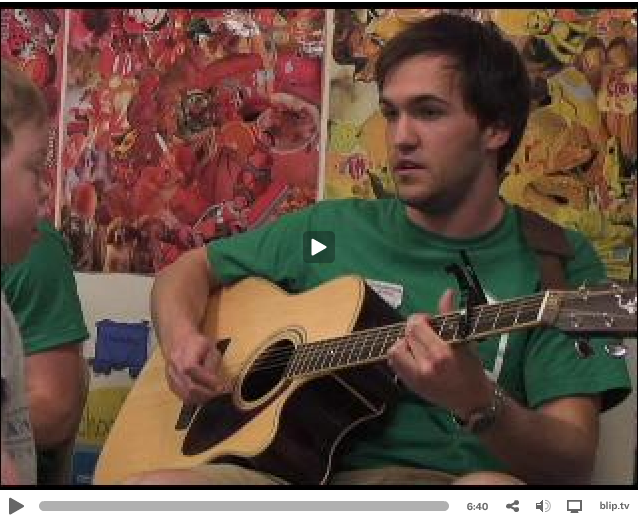 A group hopes to instill music into the lives of children who look for better times.

A group of students on campus plan to bring music to children at Kinderfrogs and Cook Children’s Hospital weekly next semester. J.B. Martin, a sophomore neuroscience major, said Chords for Kids is an organization that is open to everyone at the university.

Martin got the idea for Chords for Kids in February after volunteering at Cook Children’s Hospital with the pre-health professions club on campus. Martin said he wanted to bring music to those children for the times when they are alone.

Chords for Kids is currently a pending organization, which means they have limitations on meeting on campus and recruiting, Marti

n said. He said the reason they are a pending organization is because they did not turn in the application on time.

“We are just practicing and getting some people together to get some music for next semester when we will hopefully be a full-fledged organization,” Martin said. “Now we are trying to get people aware of what we are doing.”

When visiting Kinderfrogs and Cook Children’s Hospital, the members of Chords for Kids want to do more than perform for them, Martin said. They want to be able to make crafts with them and give them instruments they can participate with.

Sophomore international communications major Taylor Chatfield said they have been thinking of different crafts they can incorporate with the music.

Chatfield also created the group’s logo and their green t-shirts. She said she does not play an instrument or sing well, but she still enjoys hanging out with the children and being a part of the organization.

Lauren Langsjoen, sophomore biology major, said the past few visits to Kinderfrogs and Cook Children’s Hospital have been trial runs to prepare them for next semester.

“The kids really do appreciate us being there especially in the Cooks setting,” Langsjoen said. “They really need someone to keep them company or as a distraction.”

Chatfield said when they become an official organization they will go to Kinderfrogs twice a week and to Cook Children’s once a week.