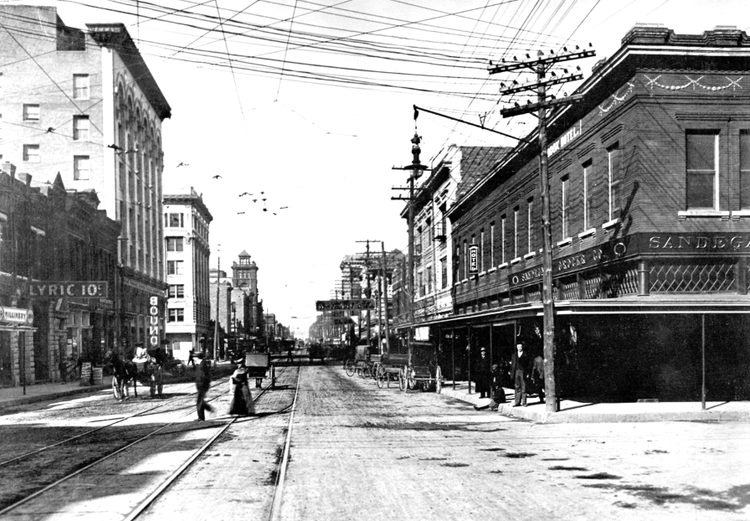 The university is celebrating 100 years in Fort Worth. Founders Addison and Randolph Clark established an academy in Fort Worth in 1869. In 1873, the founders named the academy AddRan Male and Female College and moved it to Thorp Spring, Texas. It was not until 1902 that the university was renamed Texas Christian University.

The university was located near what was then-called "Hell's Half Acre," which is on the south end of modern-day downtown.

History professor Gene Smith said "Hell's Half Acre" was part of an area with heavy crime and prostitution rates, which is why the Clark brothers decided to move the university.

"They wanted a place where kids would not be influenced by that vice and corruption, so they chose to relocate forty miles to the southwest of Fort Worth to the sleepy community of Thorp Spring," Smith said.

Due to financial trouble, the school moved to Waco in 1895 under the name AddRan Christian University, but an administrative building caught fire March 23, 1910. Many different cities placed bids to become Bids were opened for the location of the university. and caused the school to go up for bidding, Smith said.

"The board of trustees decided to come to Fort Worth because the city of Fort Worth made a very, very generous offer," Smith said. "It was roughly $200,000 in cash, it was acreage of land and it was utility hook ups and a street-car line."

In return, the university had to agree to stay for 10 years, Smith said. During the early 1900s, universities were not known for being permanent, he said.

When the university moved back to Fort Worth in the summer of 1910, they began renovating a building to use temporarily at the corner of what is now Commerce Street and Weatherford Street.

While classes were being held at the Commerce and Weatherford location, the current campus was being constructed.

Athletics Director Chris Del Conte said the university and the city of Fort Worth have a great partnership.

"Throughout the hundred years we've had peaks and valleys, but like any family, the good comes with the bad," Del Conte said. "You stay together and over a long period of time you have a great marriage."

Del Conte said what makes the "marriage" so successful is the amount of respect the university has for the city and vice versa.