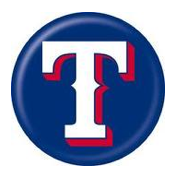 Five hundred people packed into the Omni Hotel ballroom in Fort Worth Monday afternoon to hear Chuck Greenberg and Nolan Ryan, new owners of the Texas Rangers, talk about the team’s season to date and their recent acquisition of the ball club.

Ryan and Greenberg were present as part of the TCU Legends Speaker Series to benefit TCU’s KinderFrogs School and TCU baseball.

Traci Larrison, senior account executive for the TCU ISP Sports Network and coordinator of the event, said the KinderFrogs program was a school on campus run by university students and educators that was geared toward helping children with learning disabilities. The proceeds from the event’s ticket sales and impromptu auction went toward helping more children attend the school.

“Today we were able to donate about $13,400 to the KinderFrogs program, and that helps to pay for families to send their children there,” Larrison said. “It’s a high quality program, but not every family is able to afford it, so hopefully we helped send a few more kids to school.”

Ryan and Greenberg were not the only recognizable faces in the crowd at the lunch.

Ashley Melnick, a senior broadcast journalism major who was crowned Miss Texas 2010 in July, lent her voice to the day’s event by singing the national anthem.

Melnick, whose platform as Miss Texas was to raise awareness for autism, said she was a bit star-struck to share the stage with someone as high-profile as Ryan. She said she attended the lunch and sang the national anthem because of what the KinderFrog school represented to her on a personal level.

“It’s a personal thing for me because my brother has autism,” Melnick said. “KinderFrogs is a stepping stone for those who have disabilities and really helps them get a head start in being able to go into normal schooling and to just have a better opportunity in the future.”

Fort Worth Mayor Mike Moncrief, who showed his support for the Horned Frogs football team by wearing a TCU football hat during his speech, said he was pleased with the support the city of Fort Worth showed for the KinderFrogs school. He hoped the money raised would help maintain the excellence of the program.

“I think Kinderfrogs, while it’s not that large in number they serve, it’s the quality of their services not only to the children themselves, but to their families,” he said. “So it’s a family service and one that gives young people an opportunity to succeed. Throw some blocks for them and give them a chance in life they might not otherwise have.”

Some of the items up for bid included Rangers tickets, signed hats and jerseys, a box at the ball park for 20 plus people and a signed, digitally manipulated picture of Ryan punching Dallas Mavericks owner Mark Cuban in the face, in reference to Cuban’s unsuccessful attempt to outbid the Greenberg-Ryan group for ownership of the Rangers earlier this year.