The Cowboys need to man up 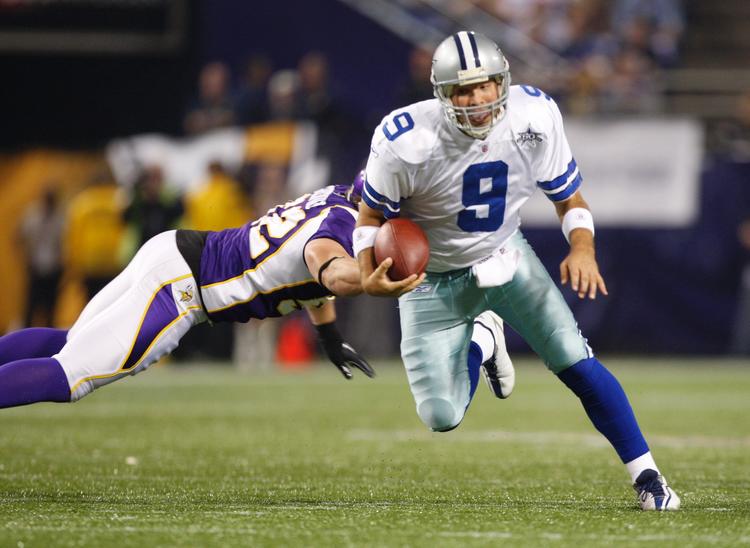 Who needs to man up this week? The Dallas Cowboys.

Wade Phillips, the former head coach of the Dallas Cowboys, was fired Monday after leading the team to a 1-7 start. Offensive coordinator Jason Garrett has taken over as the interim head coach for the rest of the season.

But will this really fix all of the problems with this team?

Only time will tell. My issue with this switch is that Garrett’s coaching style is too similar to Phillips’ and a coaching change should bring in a different personality to spark a change in mentality.

Some say owner Jerry Jones, but look back to last season when he built a team that went deep into the playoffs and sent eight players to the Pro Bowl. This year’s team is almost identical except for a few minor changes, the release of offensive lineman Flozell Adams and safety Ken Hamlin. While both of these players were starters on the team, both are past their prime and their backups have been able to hold their own. This team still has one of the most talented rosters in the NFL.

Others blame the downturn of the Cowboys on the injury to star quarterback Tony Romo in week seven against the New York Giants. However, go back to the first five games of the season when Romo before Romo’s injury. The Cowboys went 1-4 and lacked any sort of chemistry. Their four losses came by a combined 23 points, about six points per game.

The problem with this team does not lie within the coaching staff, the owner or the injury to Romo. The blame of this horrendous start lies with the players. It will be up to them to try and stop the bleeding after five straight losses.

Since Romo’s injury, the team has played even worse and the Cowboys have been outscored by 62 points in their last three games. The blame cannot be put solely on the backup quarterback Jon Kitna, the entire team has been lackluster and the defense has looked lost and confused.

The defense has given up 232 points this season, the second most in the league. The Dallas offense has done a good enough job to win games this season scoring an average of over 20 points per game, but whether it was a late interception by Romo, a huge penalty or a last-second touchdown given up by the defense, the Cowboys just cannot get it done.

The Cowboys have been one of the most undisciplined teams in the NFL this season committing 97 penalties for 777 yards. It is embarrassing watching these penalties kill drives and lose games time and time again.

So my message to the Cowboys: Man up.

Sure you have plenty of talent on your roster, but all of that ability goes to waste if the effort is not there. You have let your fans down so many times this year by committing stupid penalties, giving up big plays or turning the ball over in crucial situations.

It is frustrating to watch opposing teams absolutely dominate on both offense and defense week in and week out. Now is the time to turn the dismal season around and make something out of it. If you don’t, this could be one of the most disappointing teams in NFL history. A team with Super Bowl aspirations is now on the brink of having a one-win season.

Your season is already over, but put something together to save your dignity.

Judge Howell is a sophomore broadcast journalism major from Plano.