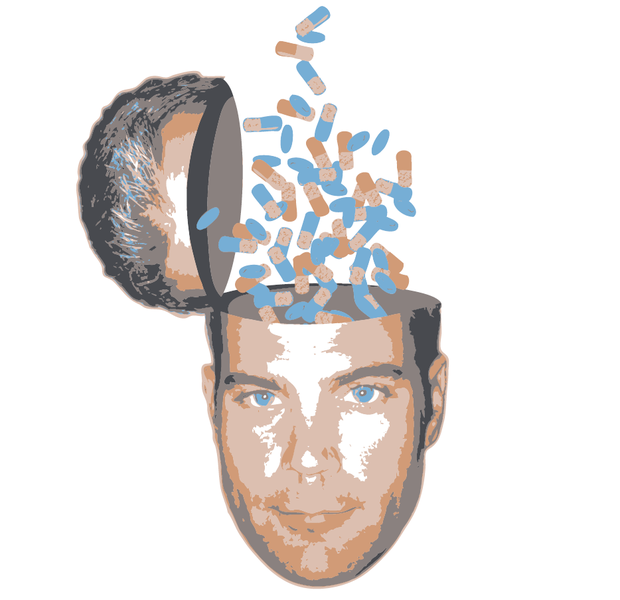 They’re called “smart drugs,” “study drugs,” or “brain steroids,” drugs like Adderall and Ritalin that are prescribed for treatment of attention-deficit disorder. ADD is a legitimate disorder, but the drugs are increasingly being used illegally by college students to try and help them gain an edge in school.

Some undergraduate students at TCU admit to using the medications to stay up all night, increase their focus, and gain an academic edge.

Sparkle Greenhaw Ph.D., the director of the Alcohol & Drug Education center, said of students who are taking the drugs illegally, there are varying degrees of abuse.

Greenhaw said some people who are currently using the drug illegally may have a legitimate need for the medication and not realize it.

“If a student thinks they have ADD or ADHD or has been using the medication illegally and found it helpful, I would encourage them to contact a doctor of psychiatrist for a proper diagnosis and possible prescription,” Greenhaw said.

She said students who do not need the medication will not really benefit from using it.

“They will probably feel jittery, anxious, and have trouble sleeping,” she said.

According to National Public Radio, Adderall is easy to get on most college campuses and only costs around $5 per pill.

Typically sellers are students who are prescribed the medicine, don’t use all the pills and sell their excess supply each month.

Physical and psychological dependence could result from extended use of the drugs.

The U.S. Drug Enforcement Agency classifies these medications as Schedule II drugs because of the high propensity of misuse, abuse, and dependence. This places Adderall and Ritalin in the same class of drugs as cocaine and methamphetamine.

Greenhaw said long-term use of the medication should be closely monitored because there is a risk of serious side-effects that students need to be aware of.

Even without a prescription, some students turn to stimulant medications to get ahead.

Across campus and across the nation students who have never been diagnosed as having ADD or ADHD are turning to the stimulant medications used to treat the disorders to cram for exams and finish complicated projects and term papers. Google “Adderall abuse” and articles pop up from college newspapers all over the U.S. There aren’t a lot of stories out there about people overdosing or having an immediate dangerous reaction but Gary Boehm, associate professor of psychology who teaches neuroscience to psychology and biology majors, said students who take the drugs to gain an edge on exams may be getting more than they bargained for.

“Adderall is a stimulant, an amphetamine, that acts on key neural pathways and modifies synapses,” Boehm said. Any drug, when not under the supervision and care of a health care professional, could have adverse side effects, he said. There is concern in the research community that the medications can have effects on still-developing brains or lead to dependency. Studies have shown that the drug can cause sudden death if taken by someone with an undiagnosed heart condition.

But a lot of the students who are using it either don’t know or don’t put much stock in the risks associated with the medications and TCU is no exception.

David,* a communications major, doesn’t have a prescription, but said the pills are easily purchased on campus and without them his grades would definitely drop. He said he feels like they are an accepted part of college life and make it possible for him to keep up with his workload and stay on task.

“Before I started taking it I couldn’t focus and my grades were terrible,” he said. “Now when I know I need to study I’ll take it, study for five or six hours easy, and get it done.”

Some students don’t necessarily even need help focusing on their studies, but say that it helps with memorization and maximizes time management. It’s amazing how much you can get done when you subtract sleep from the schedule.

Tim,* an English major, said his focus is fine, but he sometimes takes the medication when he is in a time crunch.

“If you are a smart person, this can be your secret weapon to put you over the top,” he said. “Some people really need it and if they don’t have it they’re toast, but if I didn’t have it then I’d just have to buckle down and that would be a shitty night.”

Tim said he had heard about students using ADHD medications as a neuroenhancer in high school, but he didn’t begin experimenting with it until he came to TCU. He said it is so widespread on campus that he has multiple back-up sources.

“They’re people I know personally and I wouldn’t feel any pressure of getting in trouble if they said no,” he said.

Undergraduate students aren’t the only ones talking and trading. Graduate students also have easy access to the drugs. Matt* earned his Bachelor’s degree from a smaller, public school where ADHD medications were also shared freely among students, but he said he was surprised by how prevalent it is here.

“I think it has a lot to do with the pressure that a lot of students have from their parents,” he said. “It’s a different socioeconomic group of people here compared to public schools.”

Matt said those who are taking are often easy to peg, “Every other person in the library on the weekends takes it, especially if you’re there after midnight,” he said. “You just have to look them in the eyes and you’ll know 8212; Dilated pupils, extremely focused, and zoned in.”

*Some names have been changed in the Illegal Edge segment.

The medications have downsides, but students who use the drug adjust to the effects.

Adderall is the one of the most common prescription drugs taken for attention-deficit disorder in the country, according to the Attention Deficit Disorder Association. The types of people who take medication for ADD are those who find themselves easily distracted, impulsive, and hyperactive.

Kristen Byrd, a junior fashion merchandising major, said that she has always had trouble paying attention in class and staying focused while studying for tests.

“I have always had trouble taking tests, but when I got to college I knew I needed to do something about it,” Byrd said. “I would be the last one finished literally for every test, the amount that I studied did not reflect in my grades, and so I finally made an appointment to get tested for ADD.”

After being tested Byrd was prescribed Adderall. Even though she’s only been on the medication for two months, she said she immediately noticed that she was better able to concentrate and had no problem sitting down to study for long periods of time. She takes a 20 mg pill every morning that has a time release feature that allows her to stay focused all day.

She is making better grades and she said that the medication puts her in a better mood. She has yet to fail any assignment this semester and enjoys feeling like she had a productive day instead of a distracted one.

“I’m a terrible listener, but now I listen in class more and will remember things when I am studying for tests and it helps me get the grades I expect,” Byrd said. “Adderall for me is like the shot of coffee that some people need in the morning to kick-start their day.”

And while all of these things are positive effects of Adderall, there are also negative effects to be considered when taking the medication. Byrd said these side effects were some of the reasons her parents were weary of allowing her to begin taking a medication for ADD.

“I had trouble getting used to it, but once I started taking it with my schedule and putting it in my routine, my body adjusted to it,” Byrd said.

She said that some of the negative side effects she experienced were headaches, restlessness, imsomnia and loss of appetite. Byrd said there have been a few occasions where she simply forgot to eat because she was so focused on studying.

“If you need it, you should get it because it really helped me, I can already tell such a difference in just the past two months,” Byrd said. “I’m kind of proving my parents wrong because I clearly did need it.”

But there are concerns that the drug is overused by and over-prescribed to college students. Laurie Voigt, a junior psychology major, said that she knows some students are using it that don’t have anattention disorder.

“I mean every college kid gets distracted in school and I don’t know any students who actually like studying for tests,” Voigt said. “So in that sense, everyone in college could technically be prescribed Adderall.”

College students have been using more and more of these so called “study drugs” to meet the expectations and pressure to perform well in school. Byrd said that her doctor just told her to be careful and take the recommended dose.

Some students do have attention issues and could not keep up without medication.

According to the National Institute of Health, as much as five percent of the population in the United States is affected by an attention disorder.

The correlating activity can be clearly identified on a brain scan but usually a diagnosis is made based on a physician’s assessment of a patient’s reported symptoms.

The policy on campus recently changed, allowing out-of-state students, previously diagnosed, who have been on medication for at least three months to maintain their prescription through the Brown-Lupton Health Center.

Because the stimulant medications are regulated as a controlled substance in Texas, prescriptions have to be written monthly.

If students meet the requirements, they can go online to schedule monthly maintenance appointments at the clinic and fill their prescriptions in the on-campus pharmacy every 25 days. The clinic requires students to follow-up with their off-campus prescribing physician once annually.

Todd Klepacki, a junior sociology major who was diagnosed with ADHD in the sixth grade, said the medication helps him focus and be successful in his academics.

He said it’s one aspect of his school strategy, which still requires him to work hard and study, but undoubtedly strengthens his performance.

“It’s an aid. It’s something that helps me,” Klepacki said. “I think in that aspect if I was not taking it I wouldn’t be doing all that I can to get the most out of my education.”

Dr. Rodger Mitchell, a senior physician at the University of Texas at Arlington, said the medication can improve a person’s ability to focus and retain information if used in moderation by healthy individuals under the care of a doctor.

But the risks shouldn’t be ignored, he said. Addiction and misuse are serious considerations as a lot of young professionals may find themselves turning to the drugs again as work deadlines replace school ones.

“You could compare it to steroids in baseball,” he said. “A person may be able to perform better but the side effects and the cost of doing that can be a problem.”

Klepacki says he has experienced some of the less serious side effects like loss of appetite or feeling overly anxious, but he said he feels like it’s a small price to pay.

Mitchell said as medical science continues to evolve the situation might change, but at this point he warns against using the drugs for anything other than treating an attention disorder.

“In the future we may have medications that can be safely used as performance enhancers for the brain, but right now it’s a very risky proposition,” he said.