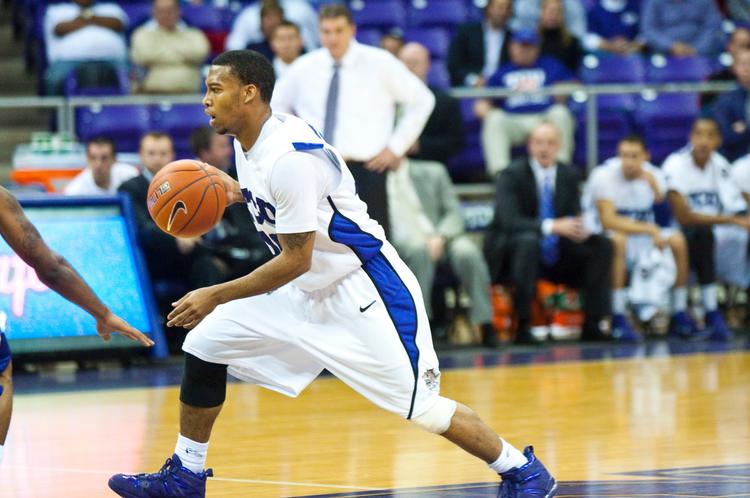 TCU entered the game against the Panthers looking to improve its home record to 5-0 and its overall record to 6-2 for the first time since the 2000-01 season.

The Frogs (6-2) jumped out to an early 9-1 lead, forcing a Prairie View timeout, and TCU never relinquished that lead. TCU’s three-point shooters also were on fire early, going 3-for-3 and bringing the lead to 16-5 just five minutes into the game.

Sloppy offensive play from Prairie View (1-8) led to 12 turnovers in the first half, allowing TCU to excel offensively in the first 20 minutes.

Prairie View narrowed the deficit to five later on in the first half, but TCU rebounded to give itself a 12-point halftime lead after head coach Jim Christian called a timeout with two minutes left in the half to get his team together.

“I challenged our guys and J.R., specifically, to do a good job on the break, and they responded,” Christian said. “We did a much better job of advancing the ball tonight.”

The Horned Frogs got off to a good start after the break, shooting 6-for-8 in the first five minutes of the second half. They took their lead to 20 points on freshman forward Amric Fields’ layup with 12:56 to go in the game.

Prairie View refused to quit, however, and the game remained within reach until TCU widened the margin to 24 with less than five minutes to go.

“In the second half we were able to lighten up,” Cadot said. “I feel like I should take open shots, and tonight that’s what I did. I’ve been working on that.”

TCU’s next home game will be at 1 p.m. Saturday against Northern Iowa and Christian said he hoped to see more fans in the seats for that contest.

“With each game, there’s a little more excitement, a little more buzz,” Christian said. “We just have to keep doing our job out here. If we do that, it will happen for us.”