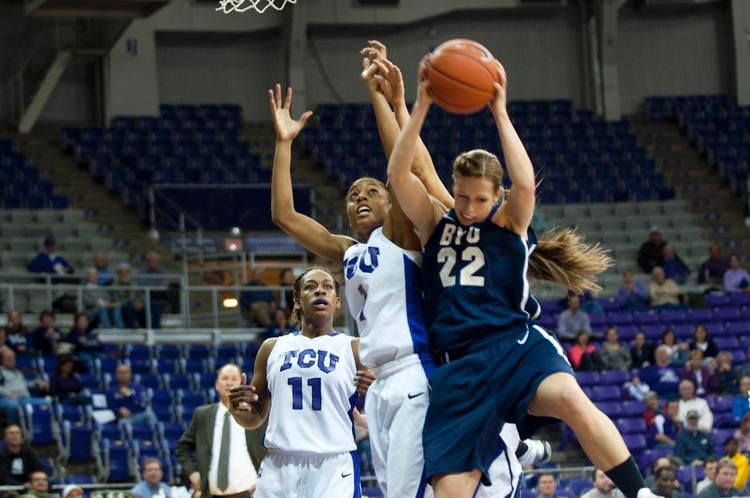 The TCU women’s basketball team looks to remain unbeaten in Mountain West Conference play and extend its eight-game win streak against the University of New Mexico. Tip-off is set for 6:30 p.m. at the Daniel-Meyer Coliseum.

New Mexico’s recent five-game skid does not relax the Frogs as they prepare for Wednesday night.

“Every conference game is so important and New Mexico has a really good team, so this will be a battle for us,” said senior guard/forward Helena Sverrisdottir. “Our focus is always to get a little bit better everyday and this will be another day that we hope to come in, play as a team and get better.”

The game see-sawed back and forth, with eight ties and five lead changes.

The Frogs shot 32.8 percent from the field and were out-rebounded in their win against the Utes, yet the Horned Frogs capitalized on a 13-shot advantage in free throw attempts to stay in the game.

The Lady Lobos first trailed the Lady Rebels when there was 15:20 left in the first half.

The Rebels then went on a 15-0 run, and never looked back once they had a comfortable 13-point lead. The Lady Lobos tried to claw back into the game and was able to narrow UNLV’s lead to just two points with 12:28 left in the game.

UNLV went on another big run and outscored the Lobos 11-4 to extend the scoring margin back to nine points with 4:56 left in the game.

Who: TCU versus New Mexico