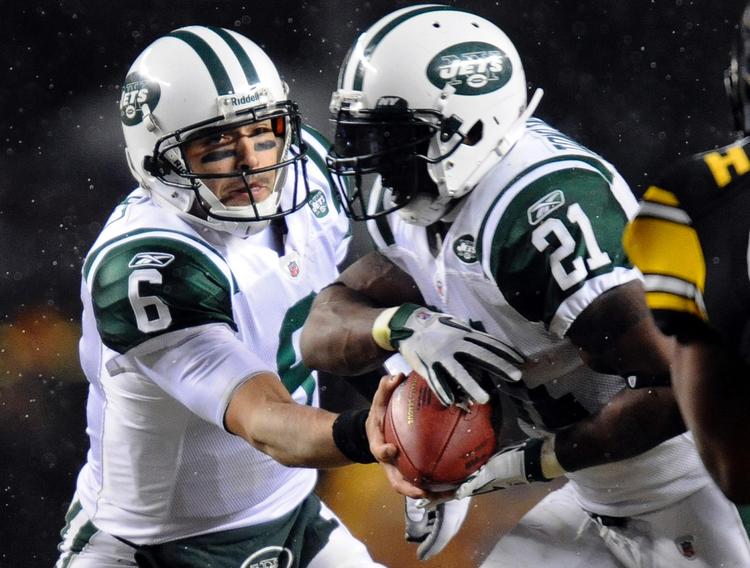 New York Jets running back and former Horned Frog LaDainian Tomlinson wanted to be in Fort Worth over Super Bowl weekend to play in the big game. While Tomlinson didn’t get his chance to play for a championship just 25 minutes from where he played his college football (and where the AFC champions practiced for the week), that didn’t dampen his excitement to be back in the community. Tomlinson hasn’t forgotten his purple roots since he was drafted fifth overall in 2001by the San Diego Chargers after becoming TCU’s all-time leading rusher with 5,263 yards (fifth all-time in FBS history). The former NFL Man of the Year jumped on the opportunity to promote his Project 21 initiative to fight childhood obesity in North Texas, as well as join in on Super Bowl XLV festivities during the week.

Here are some highlights of my conversation with L.T.:

Explain your Project 21 initiative you are currently promoting:

Project 21 is the new program with the foundation focusing on obesity, so we are going to get out to the schools, the elementary schools, you know, to talk to kids about proper nutrition, about exercising, about getting outside and playing and just being active. One out of every three children in our country are obese, which is an insane number, but that’s where we are. That’s our next project going forward with the foundation, and so [Wednesday] we had a fundraiser at Cool River Cafe. We had a great turnout, we had live music, a lot of auctioning, and so it was fun. That’s the next step; we need people to hear about this because these are our kids that we are talking about. It’s the future of our country, it’s our kids. We need people to get behind this. So we can talk to them.

How far has TCU football come since you’re playing days?

We set the foundation for 10-win seasons and that has continued. The school is accessible and the facilities are remodeled. If I’m in high school I want to come to TCU. It’s now one of the largest programs in the state, the largest in the area. And there’s always the tradition.

TCU football has been noted for the preparation and intelligence, did that help you in the NFL?

How to prepare 8212; you’ll get the same answer from all [TCU players], it will help when you take that next step, it really help when you go into a school like TCU that’s one of the top in preparing kids to play the game.

What will be the difference for former Frogs like Andy Dalton, Jeremy Kerley and Jake Kirkpatrick if they make the jump to the NFL?

You are no longer amateur. You are a professional. And with that comes a lot of responsibility, you know, and so it’s your job to make sure that you’re prepared. That’s the number one thing that you will continue to hear in the National Football League: preparation and perfecting your craft. There’s a new class every year, if you don’t work on your craft then somebody else is going to overtake you. So you have to work harder than you’ve ever worked in your entire life to perfect your craft, and make sure that you turn heads and you make people proud of you.

Are you excited to be back in the community?

It’s been a long time just being able to get back here, and enjoy being here and spending time here, I am excited. I really just missed this place, and it’s always been a part of my heart, and that’s why I’ve come back, I look forward to doing a lot more here.

On the weather that hit DFW last week:

I don’t think anybody was expecting it.

-Rushed for an NCAA record 406 yards against UTEP his junior season.

-Was a Heisman Trophy finalist and won the Doak Walker Award and Jim Brown Trophy after rushing for an NCAA-leading 2,158 yards and 22 touchdowns.

-Was the Senior Bowl MVP in his final year at TCU.

-Earned a communication degree from TCU in 2005.