Precipitation slowing but ice will remain 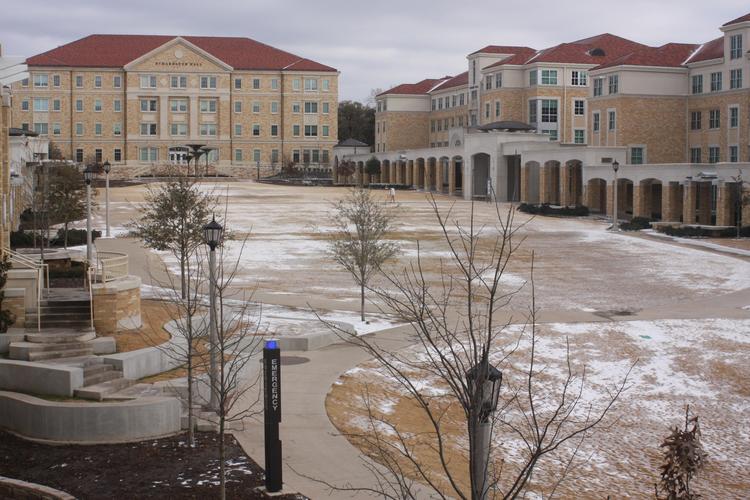 An arctic front that moved through Fort Worth on Tuesday night brought temperatures down into the teens and an ice and snow accumulation on roadways and sidewalks.

Eric Martello, a senior meteorologist with the National Weather Service in Fort Worth, said accumulation across most of the area was well under an inch. He said there was a possibility for a few snow flurries through midday but that much of the precipitation should be ending around late Wednesday morning.

Martello said that although the sun might come out this afternoon, temperatures will remain cold. With gusty northwest winds and temperatures remaining between 10 and 20 degrees, wind chills would be below zero throughout the day.

“People need to remember to bundle up [and] wear several layers of clothing to protect against hypothermia and frost bite,” Martello said.

Temperatures are likely to rise into the 30s tomorrow and be back to normal or even above normal for the weekend, Martello said.

Although snow and ice accumulations were under an inch, roadways would still be a problem, he said.

Martello said there would be very little melting today because of the cold temperatures. He said he expected there would still be residual patches of ice left on roadways Thursday morning.

Whether the lingering ice and snow on roadways would require close school again Thursday was undetermined. Martello said it would be up to school administrators to make that call.

Check outdailyskiff.comFacebook and Twitter for further closures and breaking news.