Echols-Luper to transfer to Arkansas State 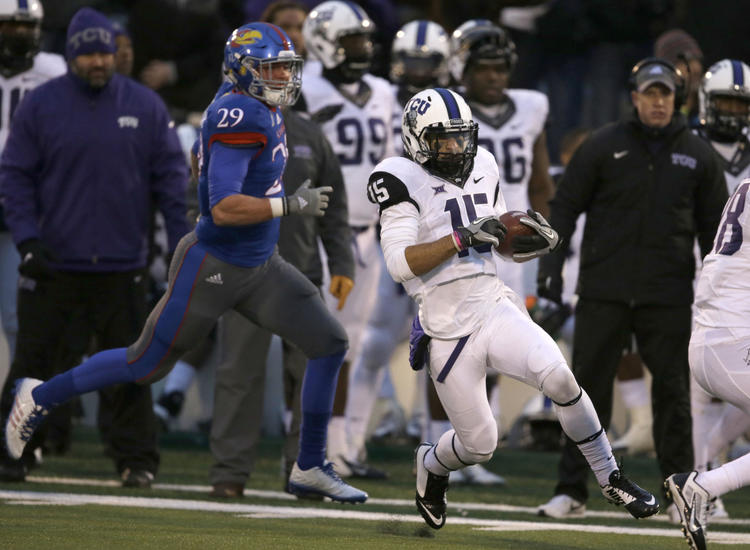 TCU punt returner Cameron Echols-Luper (15) cuts behind blockers and ahead of Kansas special teams player Joe Dineen Jr. (29) on his way for a touchdown during the second half of an NCAA college football game in Lawrence, Kan., Saturday, Nov. 15, 2014. TCU defeated Kansas 34-30.

In a message on his twitter account, Echols-Luper said “I have decided to close this chapter in my life and move on to a new chapter, a fresh start.”

It has been reported that Echols-Luper will switch to quarterback upon his arrival at Arkansas-State.

The junior from Auburn, Ala. received an All-Big 12 Honorable Mention as a return specialist during the 2014 season. He was also named the College Football Performance Awards National Punt Returner of the Week after his performance against Kansas last November. Echols-Luper totaled 86 yards in punt returns, returning one punt for a touchdown that put the Frogs ahead for the remainder of the game.

Echols-Luper’s father, Curtis Luper, is in his third season as running backs coach for the TCU football team.

This is a developing story. We will update this story with further information.