TCU has $1 billion endowment; Congress wants to know why 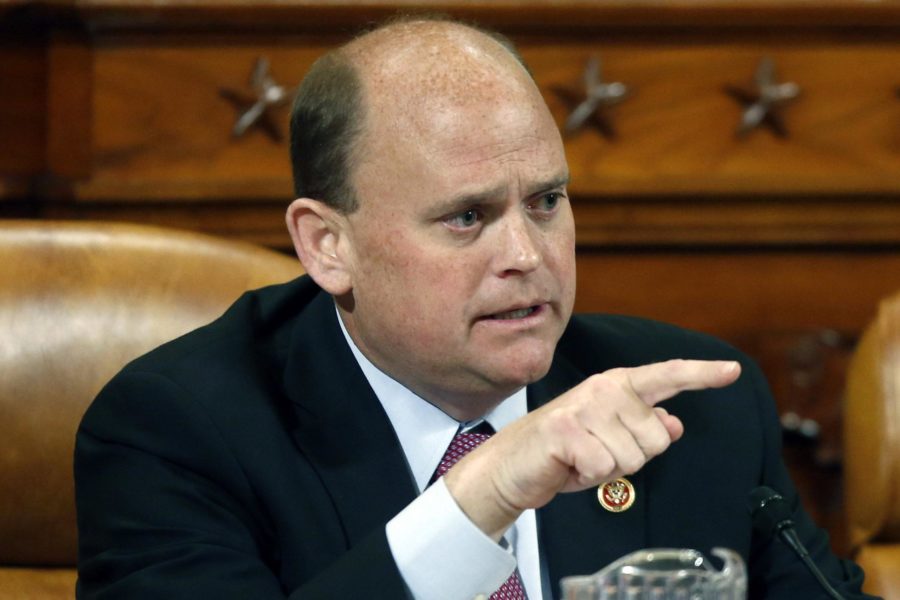 Rep. Tom Reed, R-N.Y., speaks during a House Ways and Means Committee hearing on Capitol Hill in Washington on June 4, 2013. Reed is drafting a proposal that would require college endowments of more than $1 billion to spend at least 25 percent of their profits every year on financial aid. Reed's goal is to help lower tuition costs for students from working-class families.

Congress sent TCU and 55 other private schools a letter in February asking how they use their endowments of over $1 billion.

The Senate Finance Committee and the House Ways and Means Committee want to make higher education more affordable, wrote David Pasch, the communications director for Rep. Peter Roskam, R-IL, the chairman of one of the subcommittees, in an email.

Both the schools and their endowments are tax-exempt because the IRS defines them as charitable institutions that advance education, Pasch wrote.

“The committees will review to what extent these colleges and universities are serving their charitable purpose, especially since the cost of private four-year schools has increased 146 percent in 30 years,” Pasch wrote.

TCU’s $1.47 billion endowment is “well governed” by the Board of Trustees and allows the university to expand its scope of operations, said Jim Hille, the chief investment officer of TCU’s endowment.

“Endowments grow through donations and investment returns,” Hille said. “The majority of TCU’s is invested in areas including stock markets, bond markets and real estate with the purpose of creating a long-term asset,” Hille said.

“About 5 percent of TCU’s endowment is spent on annual operations, Hille said, which accounts for approximately 12 percent of the operations budget. Tuition is the most central of other yearly operational revenue sources,” Hille said.

Most schools, including Brown University and Northwestern University, use their endowments similarly, according to the school websites.

TCU has the third largest endowment of all the Texas schools that received a letter. The other schools are Baylor University, SMU, Trinity University, Rice University and Baylor College of Medicine, Pasch wrote.

Each has an endowment in the $1 billion range, except for Rice’s $5.557 billion, according to the university websites.

Those endowments, however, are relatively low when compared to the endowments of letter recipients like Harvard and Yale. Harvard’s endowment is $37.6 billion; Yale’s is $25.57 billion, according to their websites. 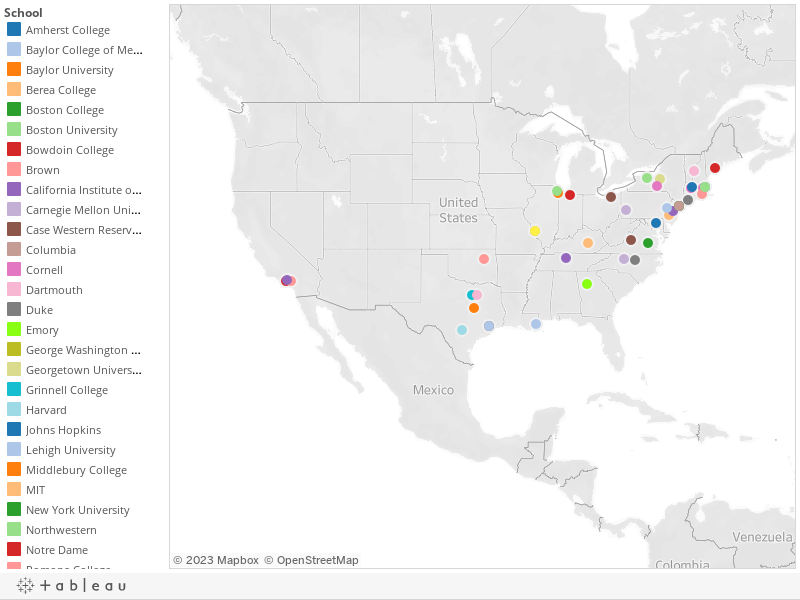 TCU’s response will clarify the purpose and distribution of its large endowment, Hille said.

Regardless of size, endowments are not used to decrease overall tuition, although part of the 5 percent devoted to the operating budget goes to scholarships, Hille said. 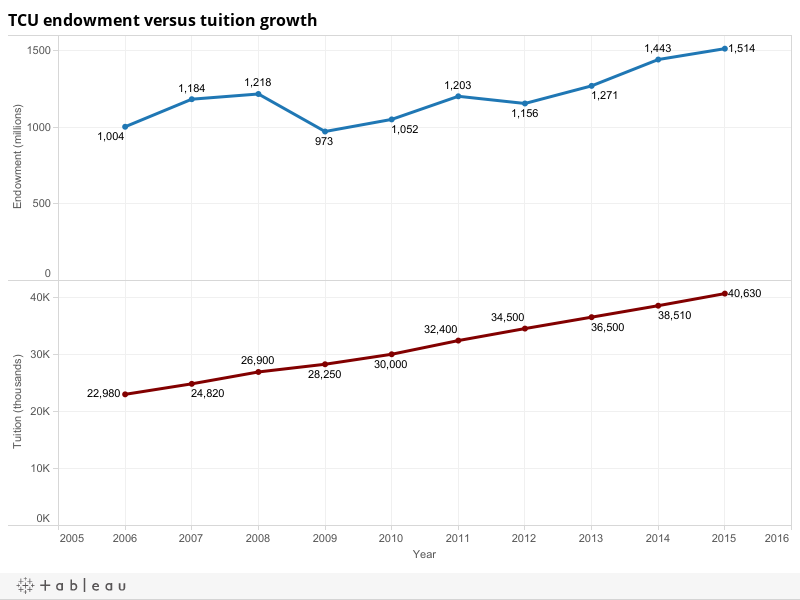 If more than 5 percent were set aside for operations each year, the endowment would eventually run out, and that would be unfair to future generations, Hille said.

“Tuition would have to offset that, so that would be short-term gain and long-term pain,” Hille said.

Boschini said the main cause of rising tuition is student and parent demands.

“They could have lower tuition the moment they want less services,” Boschini said. “The problem is, they never do.”

Boschini said large endowments are good as long as they benefit the institution.

“People will stop giving money to TCU as soon as they think we’re not doing a good job with it,” Boschini said.

Boschini wants individuals to be able to vote on endowment effectiveness, not Congress, he said. He said Congress is trying to simplify a complex issue.

Hille is coordinating TCU’s response with a team of about 12, he said. The deadline is April 1.

Pasch wrote, “Depending on their findings, the committees may start legislative efforts to ensure endowment spending more directly meets the charitable goals of higher education.”