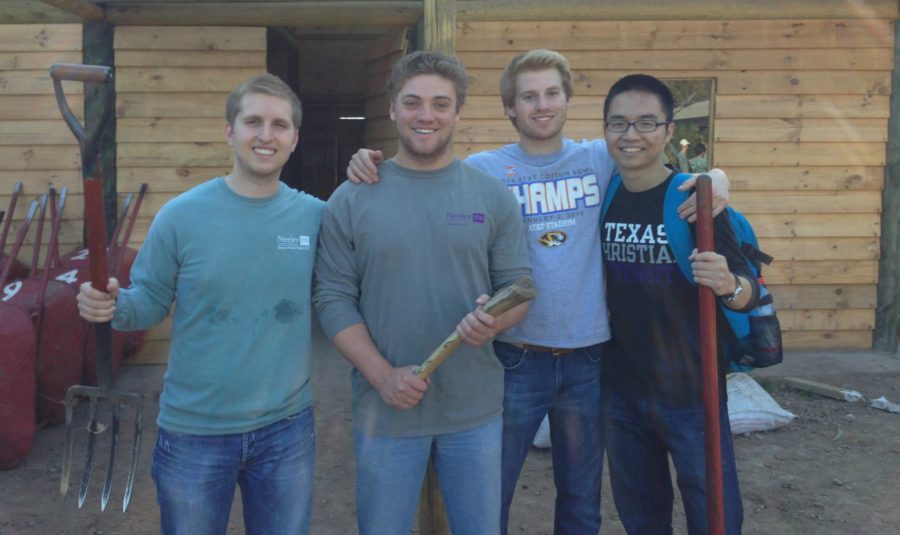 Duy Dang (on the right) visited Chile with Neeley Fellows.

When it comes to moving on, Dr. Seuss said it best: “Sometimes you will never know the value of something until it becomes a memory.”

Carbone, a child development and psychology double major, said she is in love with the TCU Leadership Center.

Coming from out of state her first year, Carbone said she did not have many friends. So, she went on a weekend leadership adventure for fall break. She proceeded to go on three more trips, and each has been a major highlight of her TCU career, she said.

“You literally come in as strangers, and you leave feeling like family,” Carbone said.

The adventures also developed valuable leadership skills that Carbone said will use throughout her career.

Dang, a business information systems and computer science double major, said one of his favorite memories is a 10-day trip to Chile he took with the Neeley Fellows program.

Dang said he never seriously considered going to South America before the other countries at the top of his traveling list.

“But with this program, it gave me the opportunity to go straight to Chile,” Dang said.

In addition to seeing another new country, Dang said he spent time with other students and some professors who knew the area well.

Along with multiple other people, Ashbrook agreed that last fall’s Baylor game was a highlight.

“I don’t think I ever want to be in the rain for another eight, nine hours again in my life, but storming the field and just being out there was the most incredible way to end my sports experience at TCU,” Ashbrook, a chemistry major, said.

Then it got even better with the TCU Oregon game, Ashbrook said, but being present for the Baylor game was “awesome.”

Looking back, Ashbrook said it was easy to miss the big picture.

“My biggest recommendation is not to take anything for granted,” Ashbrook said. “Enjoy the struggle. Enjoy the highs and enjoy the lows.”