Frogs win their second game at CWS for first time ever 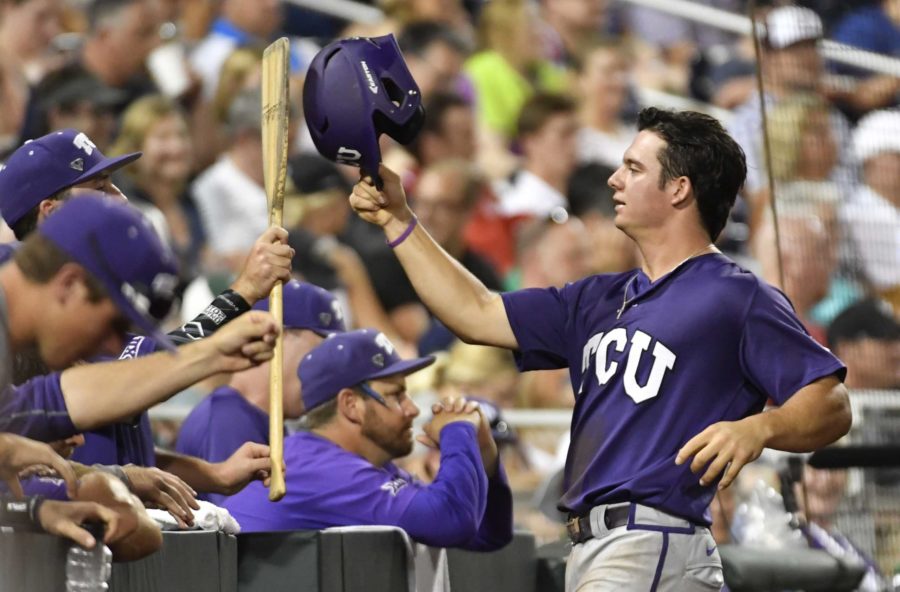 TCU baseball did something it’s never done before Tuesday night – win its second game of the College World Series.

This is the fourth time the Frogs have made it to Omaha, and all three times previously they’ve fallen in Game 2.

The Horned Frogs are now in their best position ever to potentially reach the first CWS Championship Series in program history. Due to the nature of this tournament, the winner of Thursday’s loser’s bracket matchup of Texas Tech vs. Coastal Carolina would have to beat the Frogs twice.

TCU only has to win once to advance.

Coach Schlossnagle talked about the advantage to winning the first two games in the postgame press conference.

“We’re still going to be facing a good team…but we’re going to use the advantage of the rest, and then be loaded back up here Friday night,” Schlossnagle said.

In the last five years, nine out of the ten teams who won Game 2 in the winner’s bracket have advanced to the championship. The only exception was South Carolina in 2012.

The Frogs have a fresh Mitchell Traver ready to start their third game Friday night. His last outing wasn’t his best – he gave up 5 runs (3 earned) in 5 2/3 innings of work in a 7-1 loss to Texas A&M in the middle game of the Super Regional. But Schlossnagle seems confident that Traver will bounce back.

Regardless, TCU baseball is guaranteed a fourth game in Omaha if they need it. That’s a luxury the Frogs have never enjoyed, until now.