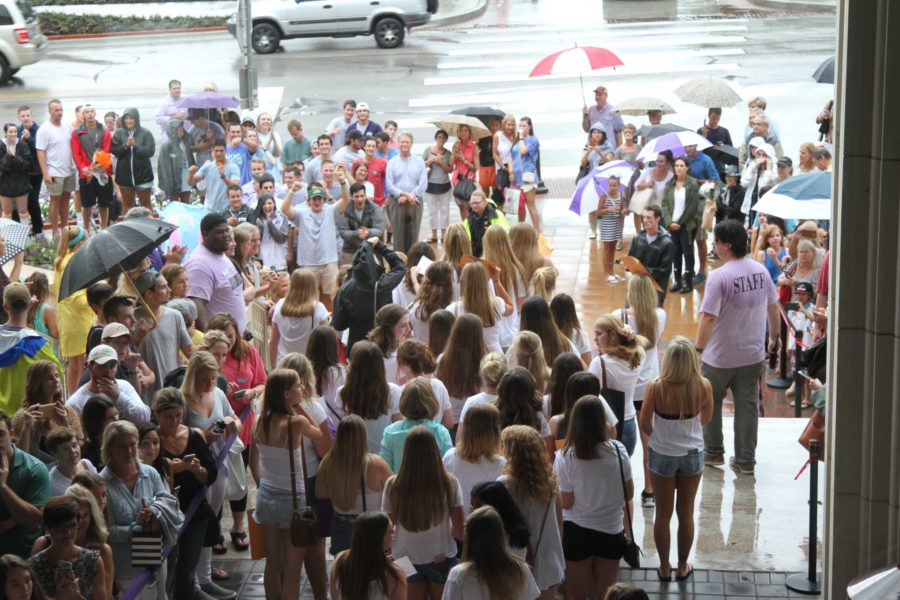 Sorority women are greeted by their new sisters.

A Bid Day tradition for TCU sorority women made a big change this year to compensate for mother nature.

The gloomy weather turned into a downpour, forcing more than 300 families and students in attendance to huddle under the Brown-Lupton University Union archway. Those who could not fit filled the steps and entryway waiting to see each sorority’s new members.

This year the typical set up — sorority tents lining the TCU Commons — was left vacant.

New members did not get to run up the Commons to their sorority, but instead they walked down the steps of the BLUU and boarded charter buses to take the women to their respective Bid Day events.

New sorority women were not the only ones who had to adjust their expectations. Parent Jimmie Graves, mother of first-year student Anna Graves, said she was let down by the change in plans.

The tradition — despite the change — was still cause for celebration.