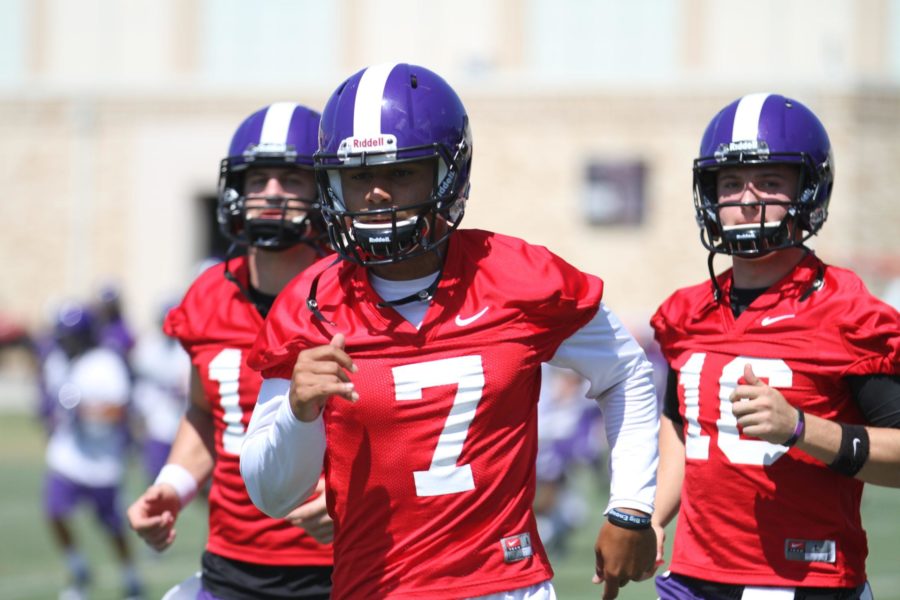 Hill, making his TCU debut, became the first player with 400 yards passing, two touchdown passes and three rushing scores in a game since 2013.

Hill’s 439 yards passing and 484 yards of total offense both rank seventh for a single game in TCU history. His 33 completions, in 49 attempts, tied for sixth. He ran for 45 yards on seven carries with touchdown runs of 4, 6 and 8 yards.

Junior wide receiver Desmon White said Hill was making good reads and throws, it was just up to the receivers to make the plays happen for him.

“It’s up to us to make plays for him,” White said. “We know he’s going to give it everything he has and that’s all that matters.”

Hill, a junior from Southlake, Texas, led a TCU offense that gained 662 yards.

“I think we did a good job of just moving the chains when we needed to and we went up-tempo early with a new quarterback and sometimes that’s a problem,” Patterson said. “But first drive we scored all positives.”

Turpin had an 81-yard punt return for a touchdown in the second quarter against South Dakota State. It was the second of his career, following last year’s 49-yard score versus Kansas.

“I knew Turp was going to score as soon as he hit that crease,” Hill said after the SDSU game.

Kickoff against the Arkansas Razorbacks is set for 6 p.m. Saturday, Sept. 10 at Amon G. Carter Stadium.