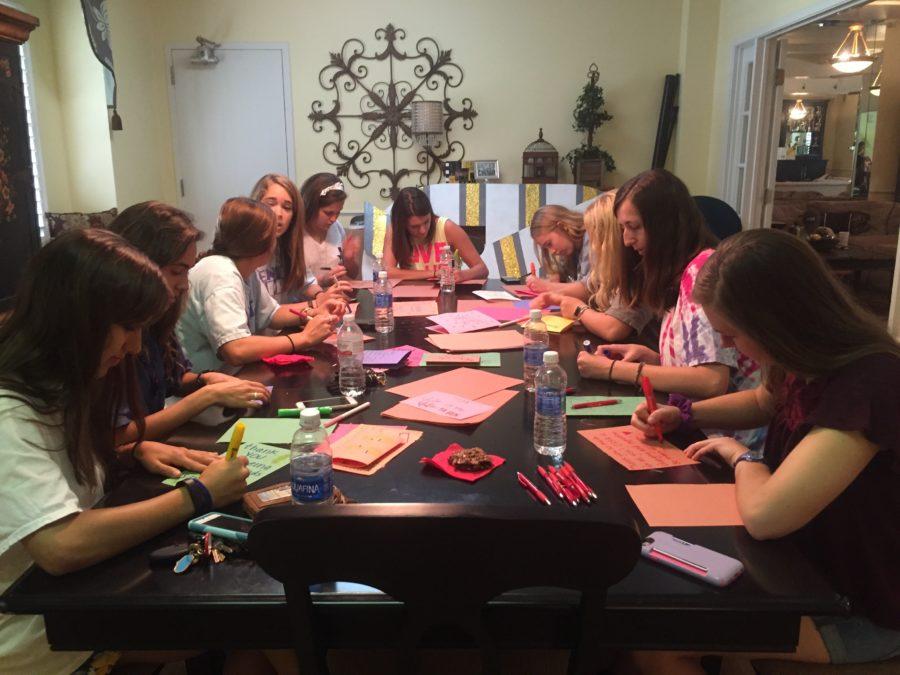 Different TCU sororities are taking the time to get to know each other through philanthropy.

Some members of TCU’s Panhellenic sororities took time recently to learn a little more about one another and do charitable work.

Each of the 12 sororities sent two to three women to different houses as part of Sorority Swap.

They worked on small projects meant to benefit the multiple philanthropies the sororities support.

Alex Wuller, a member of Kappa Alpha Theta, said the swap was a “really good opportunity for the integration of multiple sororities.”

Wuller, a sophomore nursing major, stayed at the Kappa Alpha Theta house Saturday to help facilitate the philanthropy activity there.

Sophomore Grace Turner, a finance and accounting double major, said this event was an opportunity for sorority members to learn about the various philanthropies the Greek community supports.

The multiple service projects allowed each of the sororities to give back in a unique way.

Keaton Farmer, a sophomore strategic communication major, said the event gave her insight into what each sorority does and how they are giving back to the community.

“After recruitment your freshman year, you really do not think about what other sororities do, and I think it’s a good way to bring together Panhellenic and show support for others,” Farmer said.

For more information about sorority life at TCU visit http://tcupanhellenic.org or stop by the Fraternity and Sorority Life Office in the King Family Commons.