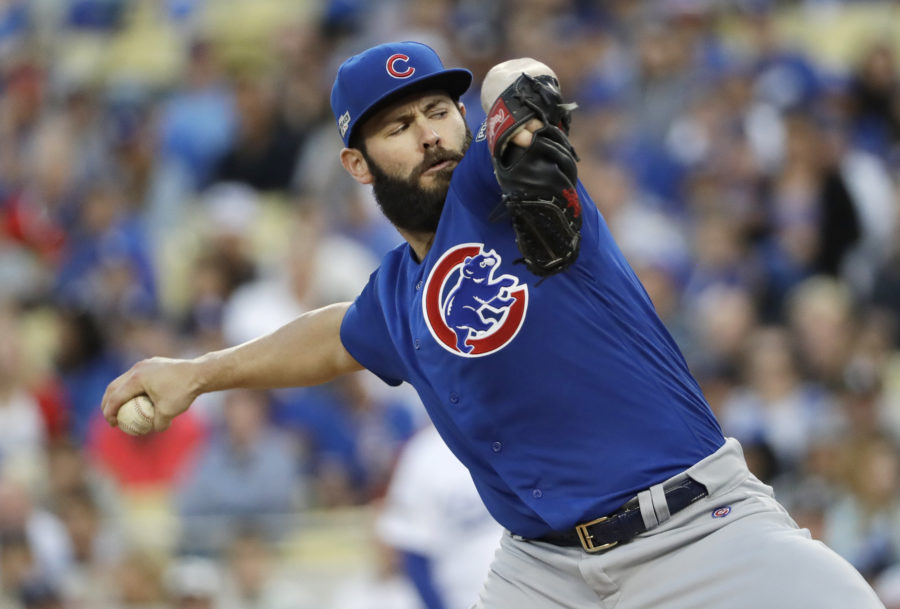 TCU fans will see a familiar face when the Chicago Cubs take on the Cleveland Indians in the World Series.

Having Arrietta play on such a large stage is not just an incredible opportunity for him, but for TCU’s baseball program, Schlossnagle said.

He said having a player at that level gives the program more exposure.

“It proves that if you can get to TCU and follow the path,” Schlossnagle said. “Being a successful major league player is in your reach.”

While working with Arrieta through the years, Schlossnagle said he saw the potential he held and knew if he stayed healthy, he was going to have success.

“He was a joy to coach and I knew he had greatness in him,” Schlossnagle said.

Not forgetting where his roots are, Arrieta comes back and spends time with pitchers, “talking pitching in casual conversation,” Schlossnagle said.

“It’s his favorite thing to do,” he said.

Arrieta will be the third TCU player in 4 years to make the World Series. Matt Carpenter played for the St. Louis Cardinals in 2013, while Brandon Finnegan threw for the Kansas City Royals in 2014.

Schlossnagle said even though he has his own team to coach and the Texas Tech game is this weekend, he is going to try to make it out there to watch and cheer on his former player.

“I’m trying to get up there for Sunday if possible,” he said. “I’ll be flying that W every chance I get.”

Game 1 of the World Series is set for Wednesday night at 7:08 p.m. It will be televised on FOX.