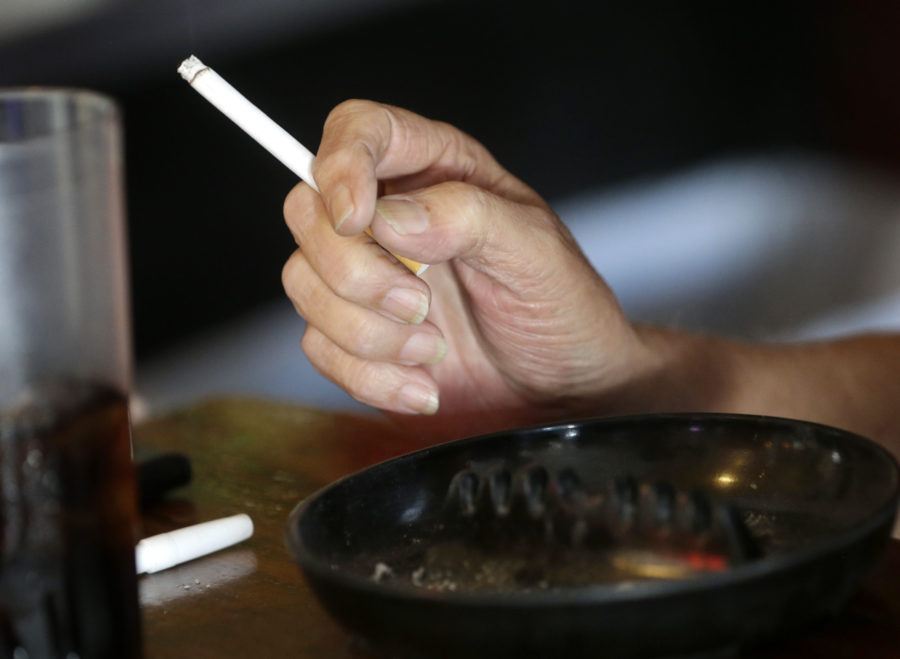 TCU is joining an effort to have the nation’s first ever generation of non-smokers.

The university was awarded a $20,000 grant to work toward becoming a 100 percent smoke- and tobacco-free campus, officials announced Tuesday.

The grant is part of the Tobacco-Free Generation Campus Initiative, a collaboration between the American Cancer Society and the CVS Health Foundation. Over the next three years, the program will distribute $3.6 million as “part of a larger push and initiative to deliver the United States’ first tobacco-free generation,” said Joy Donovan Brandon, the director of communications for the American Cancer Society.

TCU is one of 20 schools to receive this initial grant, and one of three Texas universities to be awarded, alongside El Paso Community College and Texas A&M – Corpus Christi.

Brandon said that 99 percent of smokers start by their mid-20’s.

“When you get to college, a lot of times for the traditional college student it’s the first time you’re on your own and making adult decisions,” Brandon said. “We’re trying to get to that generation in time to prevent them from becoming lifelong smokers.”

According to a survey conducted last month on campus, 76 percent of the TCU community supports a smoke-free campus, while only 12 percent responded that they would not support this effort.

Ryker Thompson, a senior finance major and the grant project lead, said TCU students have been working towards a smoke-free campus for several years.

In 2014, Student Government Association passed a resolution in support of a ban on campus smoking. Last year, Thompson became involved with Smoke-Free Fort Worth, a city effort to end smoking in public places and work locations. Through this organization, Thompson learned about the application process for the TFGCI grant.

“This grant will help fund the process of seeing if a smoke- and tobacco-free campus is good for TCU,” Thompson said.

Thompson said the process will mimic that of campus carry, including at least one open forum, an email address and website and resolutions from the Faculty Senate, the Staff Assembly, the Graduate Student Senate and SGA.

“The goal is, by spring break, all those organizations will submit a resolution supporting or not supporting a smoke- and tobacco-free campus,” Thompson said.

This movement towards the elimination of smoking and tobacco use is part of a larger local and national trend.

Smoke-Free Fort Worth is a non-profit organization “trying to ensure all Fort Worth workers have a smoke-free workplace,” Dr. Mark Koch, a physician at John Peter Smith Hospital and the co-chair of the organization, said.

Koch’s work said his work as a physician has influenced his involvement with this movement.

“With certainty, there’s not a single cell in your body that benefits from smoke and tobacco exposure,” Koch said.

Smoking is responsible for an estimated one in five deaths in the United States, according to the National Center for Chronic Disease Prevention and Health Promotion.

Brandon said Fort Worth is the largest city in Texas to not have a smoke ordinance, and Smoke-Free Fort Worth is working to remedy that.

“Having TCU on board [as a smoke-free campus] might be able to help sway the city council,” Koch said. “If people are working at TCU, then that deserves to be smoke-free.”