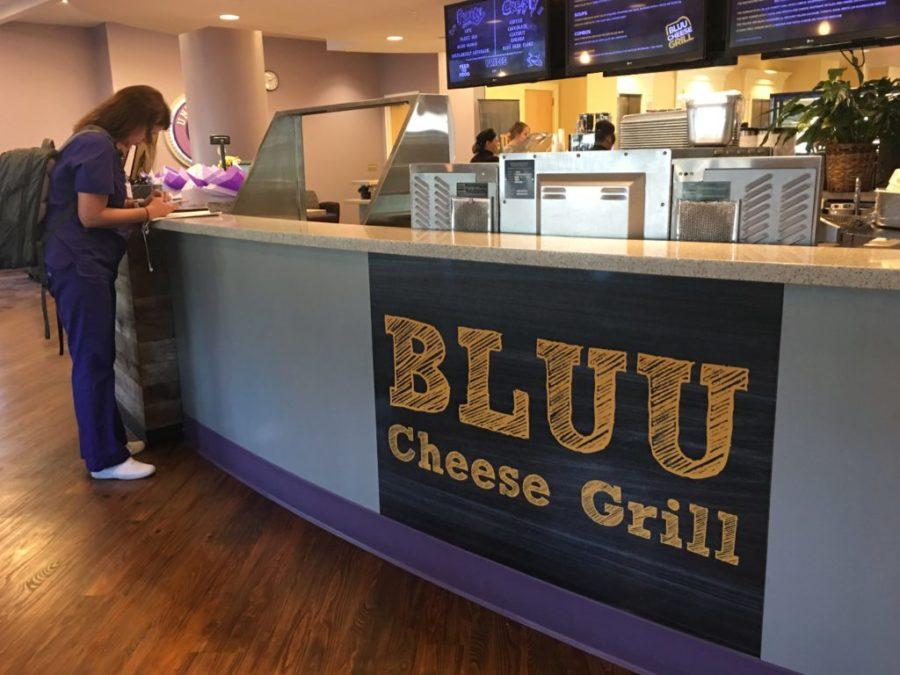 BLUU Cheese Grill is located in the back of Union Grounds. Photo by: Michelle Ross

Cheddar Bombs is gone, but students with a hankering for cheese still have options at Union Grounds.

“You have your classics, you have The Earl, you have everything from The German, to The New Yorker, to The Italian Job, and the BCT, which everyone loves with that bacon and tomato and with all that cheese,” Flores said. “The best part is when it comes out of the oven with that gooey cheese. It’s perfect.”

“It has different kinds of meat and it taste pretty delicious,” Valencia said. “It has a fresh taste and is fresh out of the oven.”

Before Cheddar Bombs, the micro restaurant offered a toasted sandwich menu,” she said.

Cavins-Tull said the university wants to give students options for dining on campus and have the opportunity to be flexible to students’ tastes.

The BLUU Cheese Grill will last “as long as students are interested,” she said. “When they are not, we’ll try something else.”