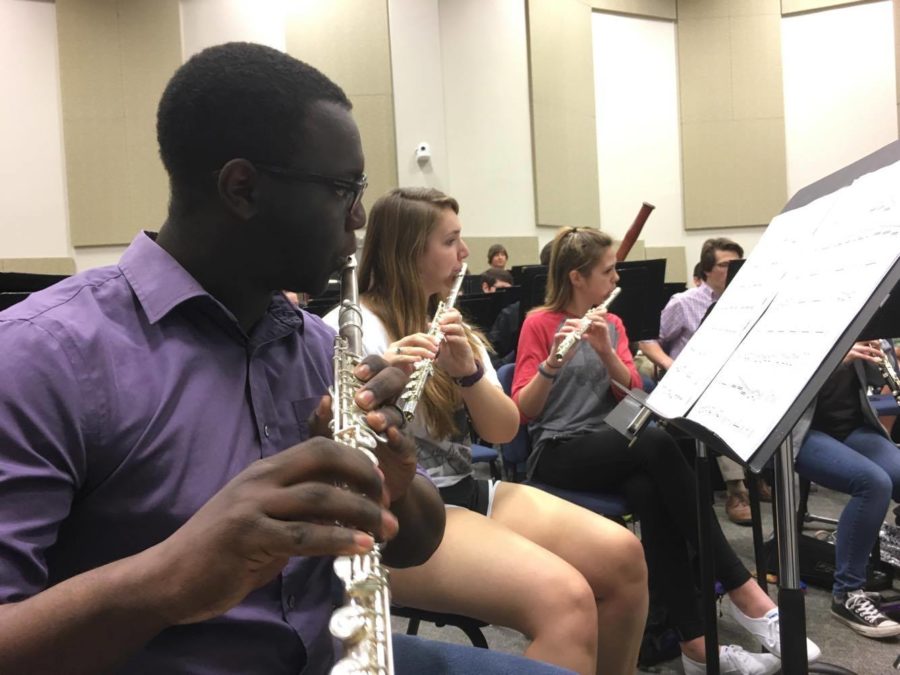 Tubas, trumpets, and many other instruments regularly blast through the practice rooms of Ed Landreth as musicians in the TCU School of Music hone their skills, but these rooms may be quieter this week as music education students depart for the Texas Music Educators Association (TMEA) convention.

The (TMEA) convention is an annual meeting held in San Antonio, where thousands of music educators from all over Texas gather to share teaching methods, network, sell instruments, and perform, according to the event website. The four-day event is advertised as the largest gathering of music educators in the country with an estimated 27,000 attendees, including about 10,200 Texas teachers from the kindergarten to collegiate level.

The site writes that the convention helps music educators “begin connecting with other music educators and attend clinics designed to help them in their education and preparation for the profession.”

It has “everything music,” according to Director of the Horned Frog Marching Band, Brian Youngblood.

Education is the focus of the gathering, he said, so TCU’s music education majors can benefit. They’ll be able to learn from educators all over the state by listening in on seminars and performances as well as conversing with teachers from other schools.

“It’s their chance to be exposed to things, to network and to begin to understand the business of music education in the state of Texas,” Youngblood said.

This business, like many other things in Texas, is big.

Charlene Smith, an administrative assistant for TCU’s School of Music, said nothing compares to the sheer size and intensity of music in the lone star state. She said this state has more bands and symphonies than anywhere else, even the small towns have symphonies.

“Music is strong in Texas,” she said. “There’s nothing like this anywhere else.”

Because of this, Charlene said networking is very important for people teaching music–especially for private teachers trying to build a reputation and connect with potential students.

Networking is the main focus for Ben Smith, a first-year vocal education major who is going to TMEA for the first time. He talked about how many music educators in the state know one another and that tapping into this social scene will be important for his post-college job search.

“It’s going to be as simple as going up, shaking hands and smiling,” he said.

Smith said the music business is “very interconnected” and that having friends throughout the state can give him an edge as he pursues his education and, hopefully, achieve his goal of becoming a choir director for a Texas high school.

In addition to networking, Smith also said he’s looking forward to hearing new styles of music. His entire music education has been in the Dallas-Fort Worth area and he’s interested in learning techniques from educators with fresh ideas.

“There’s something to be learned from everyone who is as successful and intense as they are in Texas,” Smith said.

The TMEA convention in San Antonio, Texas begins Feb. 8 and will continue through Feb. 11.