“The Great Wall” is a hollow and flimsy blockbuster 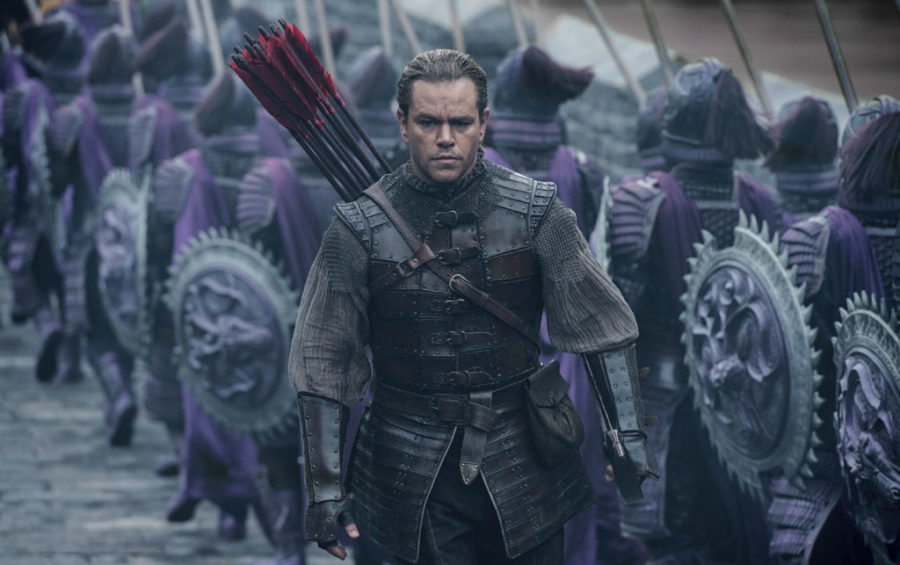 “The Great Wall” Review from TCU Student Media on Vimeo.

The newest film starring Matt Damon, “The Great Wall” is an action-adventure that falls apart on almost every level.

The film follows mercenaries William (Damon) and Tovar (Pedro Pascal) as they team up with a secret military group to defend the Great Wall from monstrous forces known as the Tao Tei.

The biggest issues lie within the drawn-out and tonally confused plot. The first act starts strong, doling out a large amount of exposition and some interesting action sequences. Unfortunately, very little happens in the second and third act before wrapping up with a poorly-done and unsatisfying conclusion. This makes the film a slog to sit through, especially as the few interesting ideas that are set up have little to no follow-through and are quickly forgotten.

Major plot points seemingly occur out of nowhere with little explanation and, combined with a badly executed love story, make the story almost incoherent. The tone also shifts randomly from dramatic and serious to cheesy and comedic within seconds, making it hard to determine what kind of film “Great Wall” is trying to be.

This isn’t helped by bad performances from the film’s cast. Damon is essentially a cardboard-cutout of an action hero, moving from scene to scene with little emotion and an inconsistent accent. Jing Tian does ok as Damon’s love interest Lin Mae, but it becomes apparent she’s doing her best with weak material. Willem Dafoe is also completely wasted as the other prisoner, Sir Ballard, a role that requires little more than translating for the majority of the movie.

The only good performance comes from Pedro Pascal’s Tovar. Pascal brings a sense of snark and charm to his role and becomes the most interesting character over the course of the film. Unfortunately, Pascal is underused and sticks to the background for the majority of the plot.

These mostly-poor performances are emphasized further by the lack of character development. The only character who gets any sort of development is William, but none of it feels earned. William’s growth occurs at random points throughout the film with little explanation as to how or why he has become the way he is. The rest of the cast is completely devoid of development, with many characters either staying the same or never being seen again after a certain point.

The only positive “Great Wall” has comes from its visuals. The practical effects and costumes look great, with the armor and set design coming across as eye-catching and unique. The colors of the armor also stand out nicely against the gray and brown of everything else, making the film pop in certain aspects. The Tao Tei are visually average, coming across as standard CGI monsters that sometimes fall into poorly-done territory. The backgrounds follow suit, with some being nicely done and adding to the atmosphere while others stand out sorely.

Because of all this, the film’s negatives far outweigh the positives and make “Great Wall” hard to recommend. Audiences looking for explosions and over-the-top action won’t find much to be entertained by due to the little fighting and long stretches of exposition in-between. Damon’s weak acting also keeps the film from staying afloat and won’t win over fans new or old.

Despite having some interesting ideas and eye-catching visuals, “The Great Wall” crumbles under the weight of its poor lead acting and incoherent story.