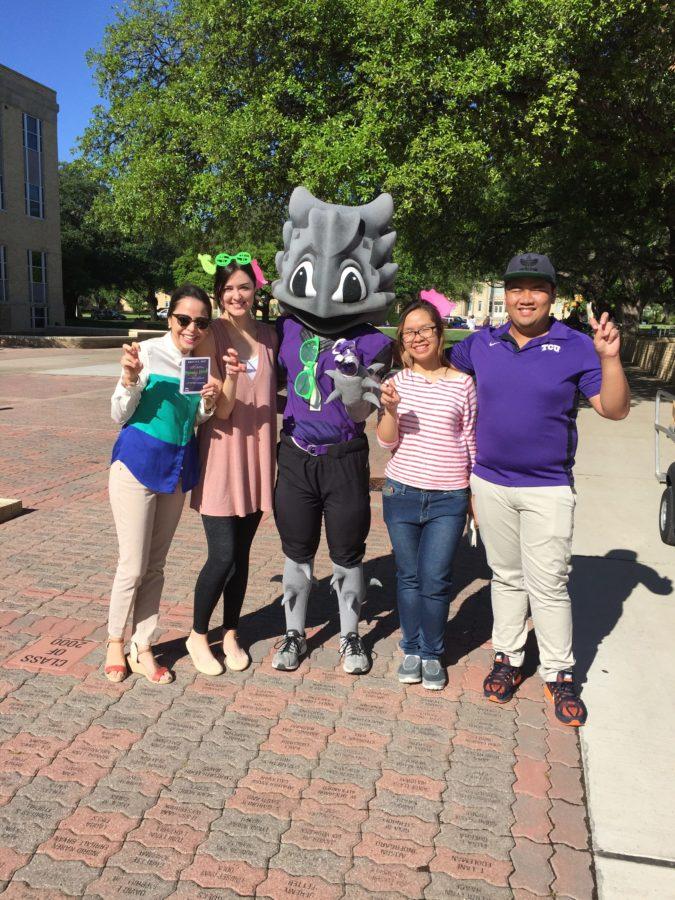 The university stepped up its effort to promote financial literacy this year, with a one-hour class on financial management to accompany Money Week activities. TCU Human Resources also had programming for faculty and staff.

Money Week was hosted by One Million Reasons, a collaborative effort between Student Development Services and the Office of Financial Aid to raise financial literacy awareness on campus.

The week, which is hosted every year in April to celebrate Financial Literacy Month, hosted thirteen events on campus including workshops, an expert panel, and a budget cooking demonstration.

“Financial wellness is so key because it’s a big part of your life…so we are really trying to promote the importance of saving and saving early so that future you will thank you for it,” said Rachael Capua, assistant director of the sophomore and junior year experience.

“Our program is called One Million Reasons and there are many reasons why it’s helpful not only for your long term, but also your short term,” she said.

One Million Reasons Ambassador and junior biology major Lindsay Shanley said the class is important because it teaches budgeting and other financial skills students often don’t learn at school.

“It’s probably some of the single most important things we could be learning in college, yet we’re not because there are no classes on personal finance,” Shanley said. “None of that stuff is required.”

Financial literacy is becoming an increasingly important skill for students to gain before graduating college and taking on the often overwhelming task of managing their money.

According to the Institute for College Access and Success, 43 percent of TCU students graduated with debt in 2014, averaging $39,584.

Besides student loans, this generation of college students will also need to be financially savvy to prepare for retirement with the possibility of no Social Security.

According to the Social Security and Medicare trustees’ 2016 annual report, Social Security’s two trust funds—one for retiree benefits and one for disability benefits—will be depleted by 2034 if lawmakers do not address the funds’ “long-term financing shortfalls.”

During Money Week’s personal finance panel on Tuesday night, Lacey Welch, a Chase banker, warned students to save now because Social Security would probably not be there for them later in life. Panelist and instructor of One Million Reasons’ personal finance class, Ramona Locke, disagreed. Locke said Social Security would likely be there in the future, but added it will take action from Congress, which she believes will happen.

Capua said the partnership with human resources was natural progression.

The program decided to include events geared towards professionals because its goal is to increase financial literacy throughout the entire university, she said.

Research shows financial literacy is a skill lacking among professors, as much as it is among students. A study of higher education by Fidelity Investments found that college professors gave themselves a “B” grade when it came to financial literacy and over half were worried they might outlive their retirement savings.

One Million Reasons will continue to expand after Money Week is over by adding an additional section of their personal finance class next fall.