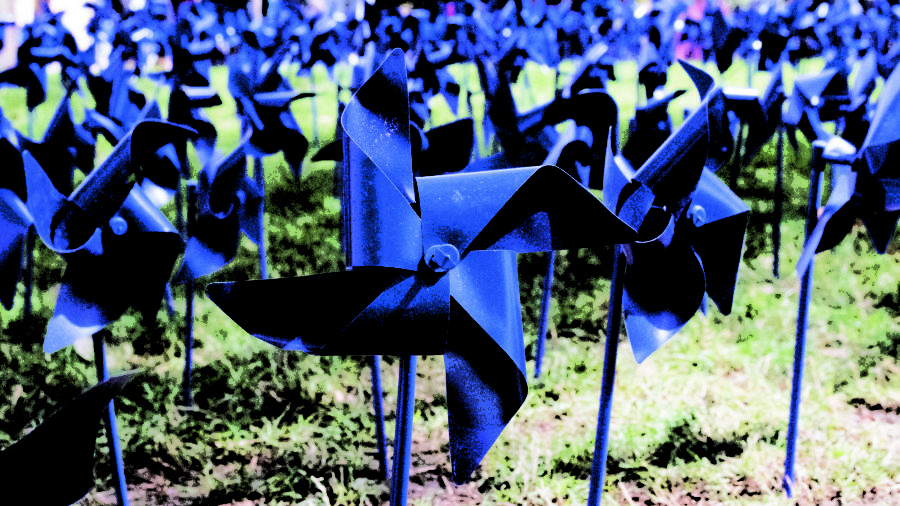 In honor of National Child Abuse Prevention Month, TCU is participating in the Pinwheel Project, a national campaign to raise awareness and education about child abuse prevention.

TCU partnered with Alliance For Children, a non-profit child advocacy center for protecting children from abuse, to bring the project to life.

“Because one aspect of Alliance For Children’s focus is education, partnering with TCU’s College of Education, Department of Social Work and Karyn Purvis Institute of Child Development is a win-win for all involved,” said Michelle Bauml, an associate professor in the College of Education and co-chair of the TCU Pinwheel Project committee.

Student volunteers place blue pinwheels, the accepted national symbol of child abuse prevention, at the Founder’s Statue each year. Earlier this month, 5,162 pinwheels were placed there to represent each confirmed case of child abuse in Tarrant County for 2016.

“The number of reported cases is much higher than this,” said McMillon. “Many cases go unreported altogether.”

Hunter Fischer, a junior social work major, was the student representative on the TCU Pinwheel Project committee. She said it’s important for TCU to host the Pinwheel Project because students may not be very aware of child abuse.

McMillon said TCU has been a strong partner of Alliance For Children for many years.

“The earlier in life people can learn information regarding child abuse prevention, the better,” she said.