TCU football players take the field for first practice of 2017 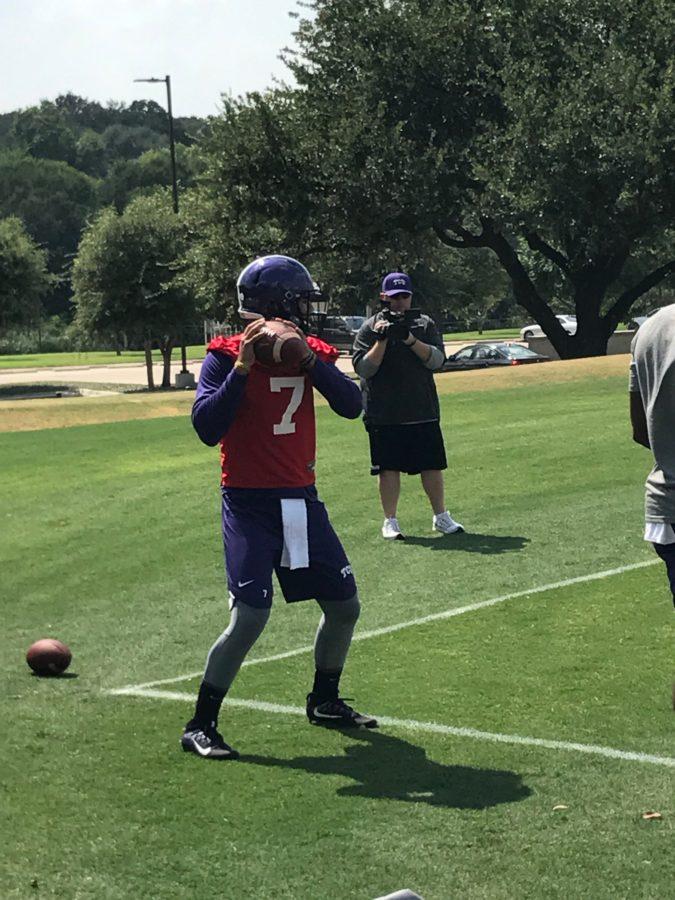 Kenny Hill readies to throw during a drill at the team's first practice. Photo by Jonathan Pickell.

The TCU football team practiced for the first time this season Sunday afternoon.

Head coach Gary Patterson said that the team had a good practice, but that they had higher goals than that.

Patterson said that the new players, “just have to lean, that’s it. Effort and learn.”

On a team with 17 returning starters, a number of experienced players hit the field. In particular, Patterson said that cornerback Ranthony Texada “played like an older guy.”

With the addition of 5 freshmen on the line, Patterson said that his defense is “bigger up front than what we’ve been.”

This group includes Ni’Jeel Meeking, George Ellis III, Corey Bethley, Terrell Cooper and Dennis Collins. All five are 6 feet 2 inches or taller and three of them weigh upwards of 260 pounds.

He said that the team will begin practicing in pads on the fifth day and that the team’s first scrimmage is scheduled for Saturday.