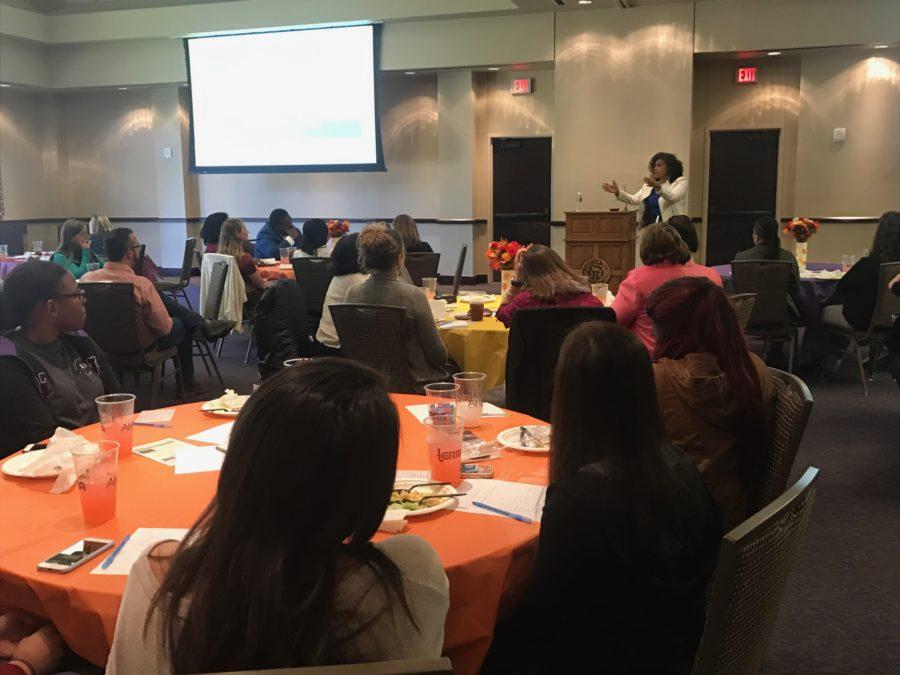 In 2013, Dr. Kristen Guillory had the hardest year of her life when her nephew died. Today, she says she recognizes there is a lot of hurt and pain in individuals and she seeks to be a catalyst to the path towards healing.

Guillory travels the country speaking to different groups about self-care, healing and hope and her talk to the TCU community focused on how it’s OK not to be OK.

Guillory is an adjunct faculty member in the department of social work who encouraged her students to attend the event.

“I’m a social work major so I think the biggest thing I’m going to get out of this is an awareness of what she does and what I’ll be doing,” junior Koty Mattocks said.

The TCU Inclusiveness and Intercultural Services luncheon asked more from the audience than for them to just sit and listen.

“Dancing is always an element,” Guillory said. “Dancing just gets the body flowing and if you’re uncomfortable, that’s OK because everybody’s doing it with you.”

Besides moving their feet, the audience had to mingle with the person next to them.

“We need connection,” Guillory said. “We can be surrounded by people, but be isolated and so I just say, hey turn over and say hello or show them what you’re grateful for and I’ve found it to be really successful.”

When audience members were asked to compliment three people around them, smiles filled their faces. Guillory said complimenting others takes very little time and costs no money so she wonders why people don’t do it more often. She challenges herself to compliment five students a day.

Nearing the end of the inclusiveness luncheon, audience members were asked to write down a goal of their own they want to incorporate in their daily lives.

Guillory said she has been able to use her struggles as a reminder that pain doesn’t have to define you.