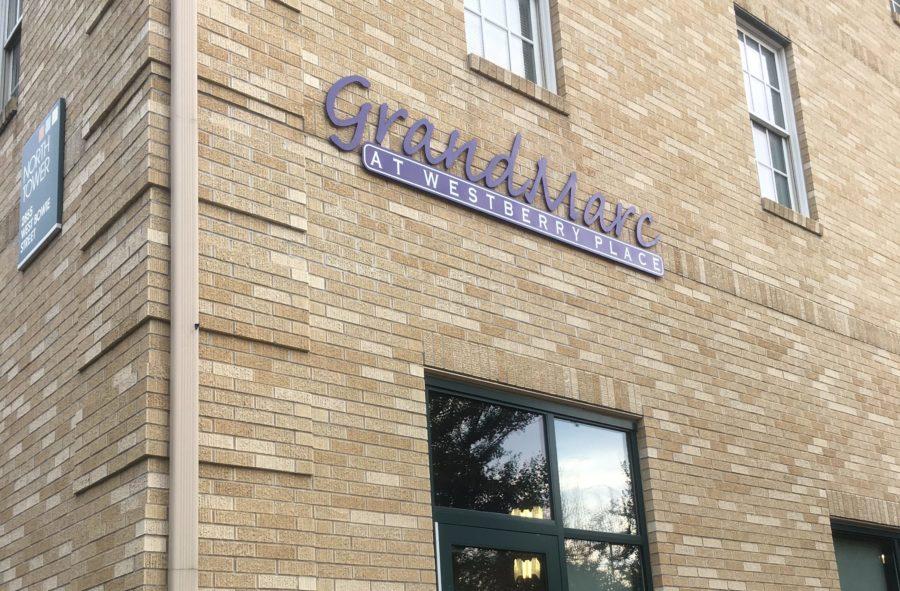 TCU Alert is meant to warn students of imminent danger, school closures and weather conditions; but the notifications can be tricky when students move off campus – even if the move is just down the street to the GrandMarc.

Many students living in the GrandMarc apartments at Westberry Place complex – located on Greene Avenue and W. Bowie Street – were not able to hear the TCU Alert system warning students and faculty of an armed person on campus last month.

“I didn’t wake up because all of the alarm speakers were outside of my room and were not loud enough,” said Patrick Bowler, a sophomore business major who lives in the South Tower of the building. “My roommate and I didn’t wake up until it was all over.”

The TCU Alert system is installed in all buildings located on campus and buildings owned by TCU. Although the majority of residents in GrandMarc are TCU students, the school does not own the building– meaning the university cannot install the alert system inside of the building.

Craig Allen, Director of Housing and Residence Life, said if they decide to install the system in GrandMarc, they must also install it in all surrounding apartment complexes where TCU students live.

“TCU students live in Village East, in University House, in Loft Vue and in other apartments near campus,” Allen said. “We cannot mount speakers on all those buildings, so where do we draw the line?”

However, Allen said there are other ways students can receive the alerts to stay informed.

He encouraged all students, no matter where they live, to sign up for the TCU Alert phone calls and text message alerts. Allen said this is the most effective way to reach students both on and off campus to let them know what is going on.

But this solution also has its issues. Spotty phone coverage in the building means some students could not receive alerts at all.

Melanie Higgins, a sophomore business major who lives in the North Tower of GrandMarc, was not able to receive the TCU Alert phone calls or text messages due to an outage zone in the building.

“I have had issues with service since I moved in,” Higgins said. “I cannot receive any texts unless they are iMessages, or any phone calls until I leave the building. I have missed many important calls, including from the TCU Alert.”

Higgins said she did not receive any of the TCU Alert phone calls or text message alerts until she left the building after the all-clear had been given.

“We know about the issues with particular carriers’ reception in the building,” said Ajax Atzinger, community manager for GrandMarc. “It’s up to the carriers themselves to improve their coverage in a given area.”

Higgins said she contacted her provider, T-Mobile, and was told she would need to install a service booster in order to have service in her room; however, the GrandMarc and TCU student wifi networks prohibit these boosters.

Higgins was also given the option of improving her reception through an Ethernet outlet in the room, but this would require her to have at least two bars of service at any given location in the room– which she does not.

Though the GrandMarc does not have the TCU Alert system installed inside of the building, the building hosts programming for residents to prepare for situations similar to the incident earlier this month.

“We have health and safety seminars as part of our regular resident life programming,” Atzinger said. “We continually evaluate the content of those programs, and we will likely incorporate a reminder for residents on what to do if a campus-wide shelter in place alert is issued in the future.”