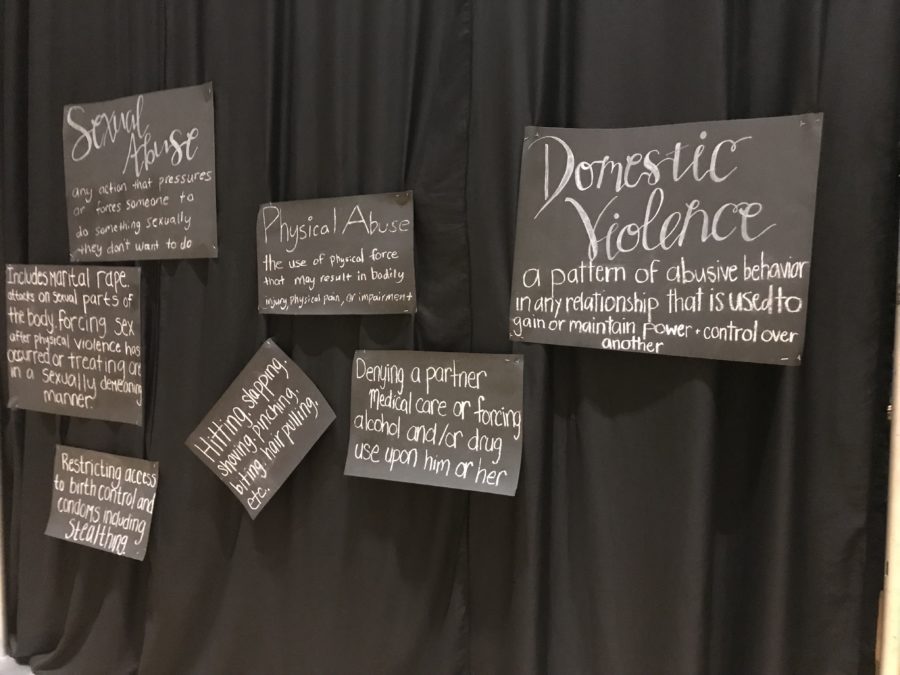 Which one would you choose: An SMU Mustang or a Baylor Bear? Whatever you pick is how you will be labeled for the rest of your life.

This decision students had to make was part of an activity during the Tunnel of Oppression event that represented being male or female and the forms of oppression that come with gender identity.

The Tunnel of Oppression is a TCU event that allows students to walk through different rooms and scenarios of suffering that happens on campus and around the world.

“There is a knowledge and awareness of things that are happening greater than just our backyard and our country,” said Imani Wimberly, co-chair of Tunnel of Oppression.

One room focused on people recovering from addictions, another on mental illness in Hollywood and another on being a minority at TCU. The #BeingMinorityatTCU trended on Twitter in 2016.

Sydney Senter, a first year pre-major, said the room full of tweets about TCU minorities surprised her the most.

“There were so many different tweets all over the wall and how students that are minority feel just on their everyday life at TCU,” Senter said.

The Tunnel of Oppression is an experience designed to show oppressions and both sides of a story. Wimberly said he hopes people are able to have those conversations so they can hear the other side of things as well as educating other people on issues.

This is the sixth time this event has happened at TCU and Wimberly said student reactions have been positive this year. Students said they took something away from the exhibit.

“I think now that I’m aware of the oppression, I can maybe start to make a difference and if I notice it in my community at TCU, I can stand up for those people.” Michaela Hatfield, a first year pre-child development major.

Standing up for people who are oppressed is just one small change.

“If everybody does something small, then eventually it’ll be something a lot larger,” Wimberly said.