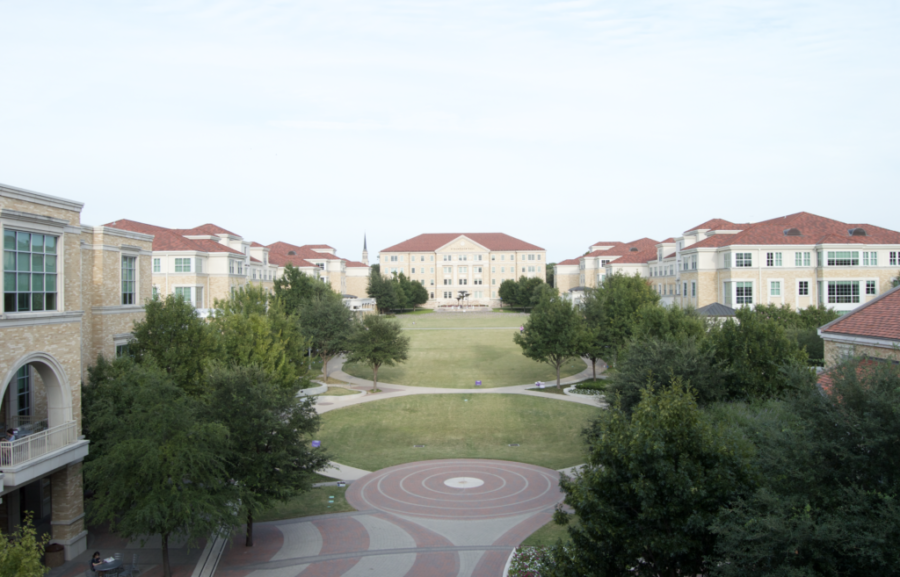 TCU's Office of Religious and Spiritual Life offered kind words to the Muslim community on campus after an international threat went viral. (Photo by Taylor Boser.)

TCU’s Office of Religious and Spiritual Life (RSL) has a message for Islamic students in response to anonymous flyers calling for violence against the Muslim community: We are sorry.

In an email to the Muslim community at TCU sent on behalf of RSL, Associate Chaplain Britt Luby wrote they are sorry “some individuals and communities choose hate over love and ignorance over understanding.”

The email is in reference to the anonymous flyers circulating in London and online that mark April 3 as “Punish a Muslim Day.” The poster lists a series of increasingly disturbed acts encouraging verbal and physical violence against Muslims.

There has been a flyer circulating on the internet encourage violence against Muslims.

The intention of this flyer is to spread hate, instill fear and recruit others to partake in, Punish a Muslim Day. pic.twitter.com/Qo3mGZNtw8

Rafid Patel, the president of TCU Muslim Student Association (MSA), said hateful words like this are upsetting, but are also a learning opportunity.

“The best both TCU MSA and Muslims, in general, can do is meet this with positivity and open arms in an attempt to help those who incite hate understand the true nature of Islam and its community,” he said.

TCU Police Department is also on guard in light of the threats.

Assistant Chief of TCU PD Robert Rangel wrote in an email to TCU 360 that neither his department nor the Fort Worth Police Department has received any reports of threats or harm against Islamic students. However, he said his officers are aware of the situation.

“We are remaining vigilant,” Rangel wrote. “As always we are encouraging community members to remain vigilant and report illegal or suspicious activity to police immediately.”

In an email to TCU 360, Minister to the University Angela Kaufman emphasized that the university accepts students from all backgrounds and faiths.

“We want every single member of our community to believe wholeheartedly that this is a campus where they are welcomed and valued for who they are and not in spite of it,” Kaufman wrote.

Her sentiments echo some of the internet’s responses to the flyers. The hashtag “LoveAMuslimDay” was trending on Twitter with dozens of users expressing sympathy for Islamic citizens.

We would like to spread awareness about the hate crime that has been circulating around & hope instead that you participate in Love a Muslim Day. Remember that acting back won’t change the problem of islamaphobia & could further put you in trouble. Stay Safe💜 #LoveAMuslimDay pic.twitter.com/GBIpKD0QJC

#MuslimsSignOfPeace
Happy love a muslim day …. muslims r love and they respct every religion …proud to b a muslim!! pic.twitter.com/w0VZgnmTw9

If you see any suspicious or illegal activities on campus, TCU Police encourage you to call them at 817-257-7777. For off-campus emergencies, call 911.