Students frustrated, concerned by lack of close to campus parking 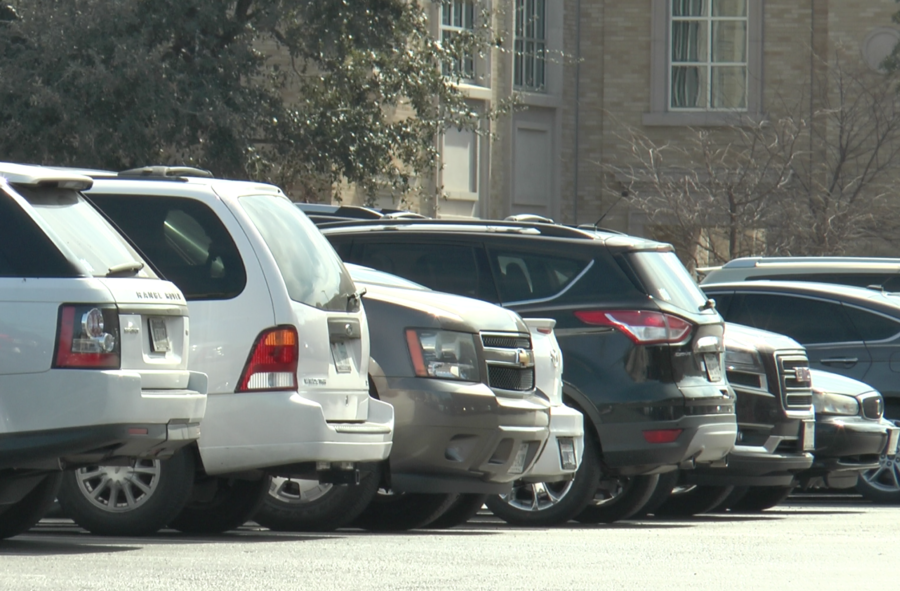 A row of cars parked in the Harrison lot behind the Brite Divinity Building, Friday, February 9, 2018 in Fort Worth, Texas. (Photo by Hunter Smith)

Convenience isn’t the word many students would use to describe the parking situation at TCU, and soon finding a good spot will become a greater challenge.

Following graduation, commuters will lose the Harrison parking lot located behind the Brite Divinity School. The lot, which holds approximately 160 spaces, will be closed off as TCU prepares for the construction of a new performing arts center.

Harold Leeman, the director of integrated planning and construction, said TCU is expecting to complete a new commuter parking lot along Merida Avenue by mid-March. This new lot will feature 192 spaces. However, some students aren’t thrilled with this solution.

Although commuters will be losing a parking lot, there will be no shortage of spaces, Leeman said.

Sophie Everaet, a junior political science major, said her biggest concern is the commute from one place to another.

“It would just change everything to have to walk so far just to sit down to study,” Everaert said.

Leeman said he understands the new lots on Merida will still not be as close as students would prefer. He said they do keep commuters from having to walk as far as some do now when parking in the lot on Sandage Avenue.

“They’re not [at] Harrison, they aren’t directly right there,” Leeman said. “But they’re definitely not as far as Sandage.”

Crocker said parking in this lot has made him late to class before.

“Every time I park in Sandage and walk, it took about 10-15 minutes,” Crocker said.

Leeman said he is currently looking into increasing the number of shuttles available, as more student will now have to park farther away.

While some students are worried just about the extra time the further lots will take, others are concerned about walking around the outskirts of campus at night.

“I think around TCU’s campus it’s well lit,” Sarah Schneider, a junior social work major, said. “But as soon as you’re maybe a block or two off of campus it decreases.”

DeAnn Jones, the coordinator for parking and transportation services, said whenever there is a change on campus, police officers patrol the area looking for any vulnerabilities. Jones said TCU police will be doing “lighting walks” to determine if there is enough lighting in areas affected by construction, but said she was unsure of anything else currently in the works.

With the upcoming loss of the Harrison lot and the new lot along Merida Avenue, at least one additional shuttle will also be added to the green route. The green route is the shuttle that goes from the library to the lot on Sandage Avenue.

Jones said students should always pay attention to emails from the police department and always to be aware of your surroundings.