Student tells story of his life through one-man show 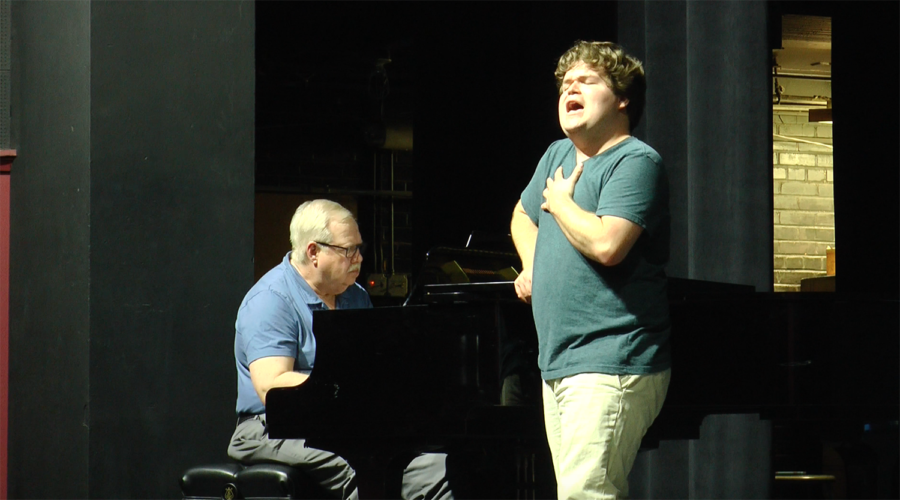 One TCU student knew from the age of four he knew he wanted to be a performer. It wasn’t until seventh grade that he discovered musical theatre and has been following his passion ever since.

“My introduction to musical theatre was through a woman named Patti LuPone,” Lane said. “I read her memoir about her life and musical theatre and I was like ‘oh my gosh, I want to do that!’”

LuPone is an actress, singer and stage performer. She began her career in the industry more than 45 years ago.

“My initial reaction of when I met him is that he was unbelievably talented,” Parker said. “I could tell he was going to be a great fit at TCU pretty much from the first couple minutes I ever was in the room with him.”

Lane has lived up to Parker’s expectations.

“He has a very high work ethic,” Parker said. “He has inspired a lot of people to do their best, to be as prepared as he is and to be as kind and thoughtful as he is.”

“He works very hard at cultivating relationships,” Parker said. “He makes friends with everybody he can and he works really hard to keep those connections going.”

During Lane’s time at TCU, he has been in seven productions. His eighth performance is Bat Boy, which will be performed from April 24-28.

Another accomplishment Lane had at TCU is the one-man show he wrote about his life called “Logan’s Ladies.”

“There were so many other women who were these great Broadway musical theatre legends that I just fell in love with,” Lane said. “I sing all of their songs and they kind of help tell the story of my life.”

Before each performance, Lane has a similar feeling.

“My stomach, of course, is in knots,” Lane said. “Right at that moment when you know you’re about to go on, it hits you of like, oh yeah, here we go. So it’s thrilling and scary all at the same time.”