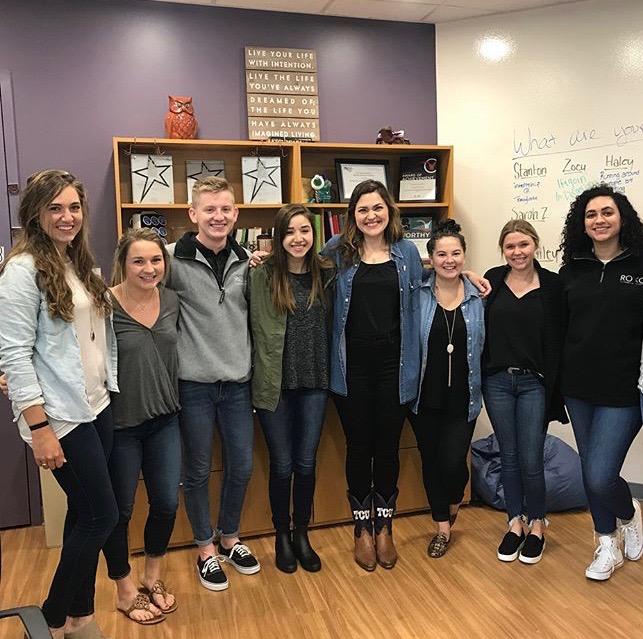 A group of Roxo students supported the campaign they worked hard to create, by wearing denim!

Some people who wore denim on Wednesday weren’t just in it for fashion and comfort, they were joining an international movement against sexual assault.

The ‘Denim Day’ movement wants to start a conversation about how there is “no excuse and never an invitation to harass, abuse, assault or rape.”

College women ages 18 to 24 are three times more likely to be affected by sexual violence and 11.2 percent of all students in college are going to experience some type of sexual assault, according to the Rape, Abuse & Incest National Network (RAINN), one of the nation’s largest anti-sexual violence organizations.

This is the second year TCU has observed Denim Day.

“Denim Day allows for an entry level of engaging with the issue of sexual assault and acknowledging it is a problem,” Leah Carnahan, TCU’s assistant director for Title IX advocacy and education. “By choosing to wear denim for a day of school or work, it allows survivors to see those around them acknowledge them and their experiences without ever having to share their story.”

Carnahan is an advocate for students who have experienced sexual assault, dating/domestic violence, stalking and harassment. She also works with the Victim Advocate Program to create awareness for survivors of sexual harassment. 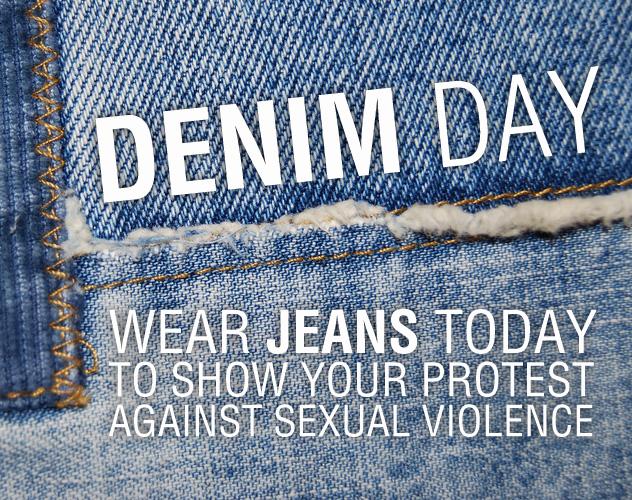 CARE partnered with Roxo, TCU’s student-run advertising and public relations agency, to come up with the overall campaign for sexual assault awareness month.

“We made the campaign as inclusive as possible in a relatable way that students would notice,” Katrina Palumbo, an account planner who headed up the campaign, said. “This campaign will help create awareness of this issue on campus by reaching students in various ways throughout their day.”

CARE promoted the campaign by posting yard signs, flyers and stickers around campus.

Carnahan said CARE “wants behaviors to change and for survivors to feel supported. I am very excited for the future of our community and the role student voices can make in creating change on campus.”

Click here to learn more about the Denim Day campaign.