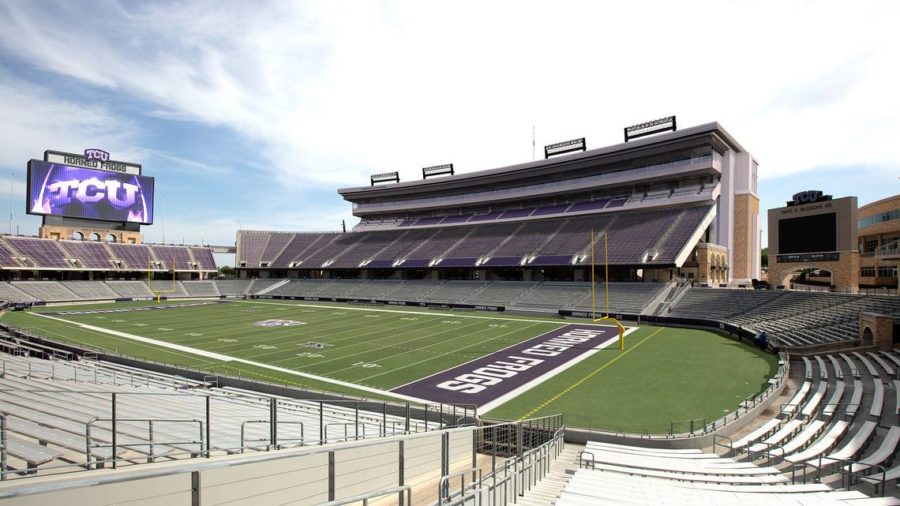 The upgrades, which will include 48 new boxes, two private clubs, more than 1,000 club seats and 22 luxury suites, are set to be completed by the 2019 football season.

The project will also add an 100-foot outdoor balcony overlooking Frog Alley and the TCU campus, as well as a new video board in the north end zone.

“This is more than just a football project,” Donati said. “This facility will be used to the benefit all 21 of our sports, our campus community and Fort Worth. It’s an appropriate expansion with all the cutting-edge technology, to what is already the finest football stadium in the country.”

Donati also talked about how the fundraising for the project has attracted a new and younger group of donors, some of whom are donating to TCU for the first time.

“Fundraising is ongoing but reached a financial threshold significant enough to begin construction,” he said. “Philanthropic support has been tremendous thus far.”

In addition to upgrading the capacity of the stadium from 45,000 to 47,000, the project will include meeting spaces for corporate events, which will foster year-round use of the facility outside of football season.

“Our stadium expansion project will have a positive impact on our recruiting efforts, plus our fan experience,” TCU Head Football Coach Gary Patterson said. “This project will also further strengthen our university’s foundation going forward in the near future.”