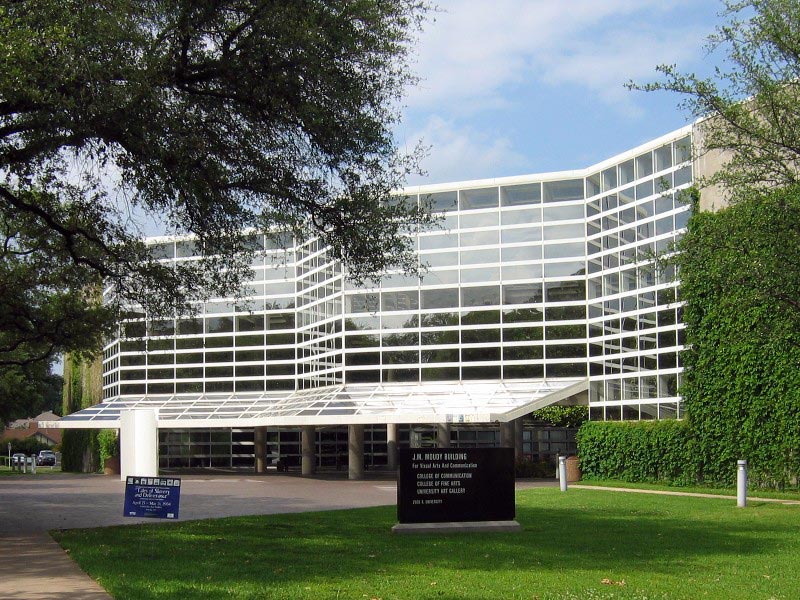 The Moudy North and Moudy South buildings, which house of the office of the dean of fine arts.

Dr. Richard Gipson, formerly the director of the School of Music, was appointed as the interim dean for the College of Fine Arts in June after Dr. Anne Helmreich left TCU for the Getty Research Institute.

“The transition has been intense,” Gipson said. But his relaxed demeanor, full bookshelves and lack of any significant clutter would suggest otherwise.

Gipson’s experience as the director of music for both TCU and the University of Oklahoma has prepared him for the administrative portion of his new position, but the construction projects have been the largest hurdles.

As music director for TCU, Gipson had been involved with the construction of the new music building since the initiative began in spring of 2015.

As the dean of fine arts, he has to be knowledgeable about the entire creative commons project, including the new Fashion Merchandising, Graphic Design and Interior Design building.

Gipson said coming up to speed on the new building has been challenging, but the bi-weekly construction meetings have updates on the entire project.

“It’s been fast and furious,” Gipson said, “picking up the initiatives and balls from this job and handing over all of the ones across the street and not having anything get dropped.”

Across the street in Ed Landreth Hall, the transition is being managed by Kristen Queen, the interim director of the music school.

Queen said juggling her new responsibilities has resulted in some long days, but she was grateful for the amount of recordkeeping left by Gipson.