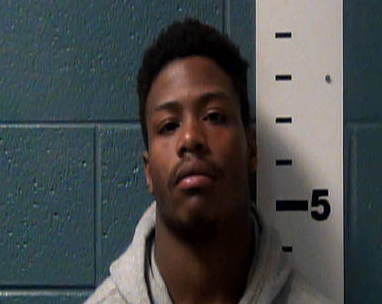 Update: All of the March charges against KaVontae Turpin were filed on the same day and would have been on the same criminal complaint form, a Las Cruces Court Clerk said. Turpin was charged with a battery charge, a criminal damage to the property of a household member and interference with communications charge.

“The football staff reviewed a commercial website that provides arrest records, but that account was incomplete,” the university said in a statement Tuesday evening. “Our team did not do enough to get the full story. We would not have allowed Turpin to play had we known about an outstanding arrest warrant.”

This contradicts what head coach Gary Patterson said Tuesday afternoon. He said he was made aware of the out-of-state bench warrant issued against Turpin.

TCU has yet to respond with clarification of the contradicting statements.

Patterson: ‘KaVontae will not be allowed on our football team anymore’
Turpin played his last game as a Horned Frog Saturday.

Following a day of revelations about allegations of domestic abuse, Patterson said Tuesday Turpin had been dismissed from the team.

His dismissal completes several days of highs and lows for the wide receiver who played one of the best games in his career Saturday, only to find himself under arrest Sunday on a charge of assault with bodily injury to a family member.

After Sunday’s arrest came revelations that Turpin was arrested for battery in March in Las Cruces, New Mexico.

“KaVontae will not be allowed to be on our football team anymore,” said Patterson. “This is not something that will be tolerated.”

In addition to March’s battery charge, Turpin was charged with criminal damage to household property under $1,000 and interference with communications.

Patterson said the team was only aware of the property damage charges until Monday. He said the team saves every document they receive and the information he received said nothing about the assault.

Patterson said he did not speak to Turpin after the spring break altercation. Instead, Turpin spoke with an assistant.

“I would have liked to know more,” said Patterson.

He added that Turpin did not reveal anything about the altercation to the team.

Turpin’s arrest does not change how the football staff investigates their players.

“The bottom line is if we know information, we’re going to do something about it,” said Patterson.
TCU football staff was aware of New Mexico incident, unaware of assault charges

News of Turpin’s arrest in New Mexico during spring break didn’t come as a surprise to the TCU football staff.

But on Tuesday, they said they weren’t aware of why he had been charged.

The university said the information they reviewed only showed the property damage charge and that they did not know until Monday that the legal issues were unresolved.

Turpin’s legal troubles reached Texas on Sunday when Fort Worth police arrested him on a charge of assault with bodily injury to a family member. Under Texas law, if people are in a dating or romantic relationship, they can be considered family members.

Turpin was released from the Tarrant County jail Monday on a $1,000 bond. He has not responded to requests for comment.

Turpin’s mother posted on a TCU facebook page and asked for “his true supporters” to keep her family in their prayers.

Initially, Coach Gary Patterson said Turpin was suspended for Saturday’s game. As of Tuesday, Patterson declared, “KaVontae Turpin will not be allowed to play on our football team anymore.”

Turpin was charged March 15 with battery of a household member, criminal damage to a household property under $1,000 and interference with communications, according to the arrest affidavit from the Las Cruces Magistrate Court. Turpin pleaded not guilty to battery charges and household property damage.

Battery of a household member consists of the unlawful application of force in a rude, insolent or angry manner.

The Las Cruces Magistrate Court confirmed Monday there is a bench warrant out for Turpin’s arrest after he failed to appear in court in July for his pre-trial hearing.