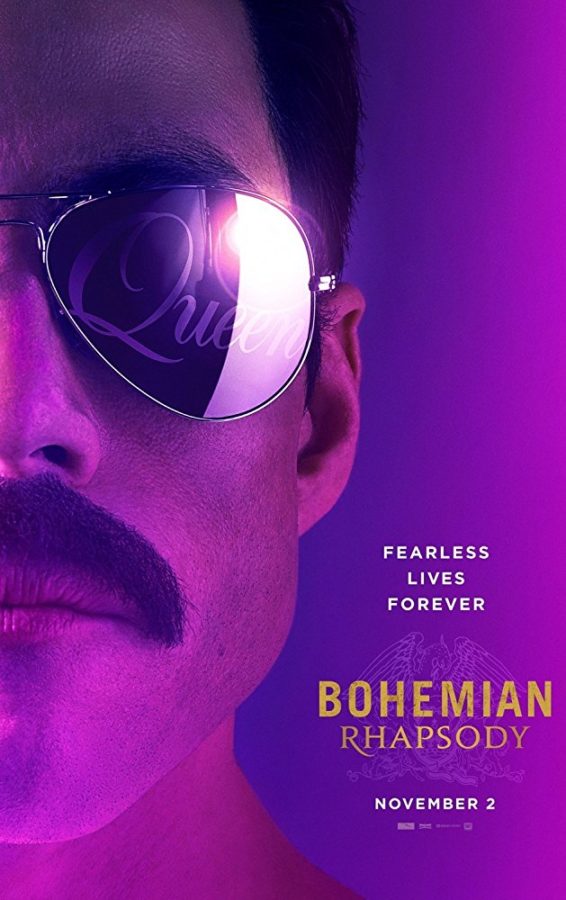 The newest screening on the lead band Queen creates an eccentric, but far from perfect, film.

The film follows Freddie Mercury (Rami Malek) as he, Brian May (Gwilym Lee), Roger Taylor (Ben Hardy) and John Deacon (Joseph Mazzello) form the well-known British rock band. Throughout this process, Mercury’s life spins in numerous directions as he deals with the rise and struggles of his private life and a new life in the spotlight.

The casting choices of the band created a perfect ensemble and a balance for all of the characters. Malek delivers a stellar performance in what some might argue as his best acting performance on the big screen. He brings Freddie Mercury to life in a way that allows him to be likable, although sometimes hated, throughout the narrative. It would have been nicer to see a little bit more Mercury in his younger years. Is Malek going to receive an Oscar nomination for Best Actor? It’s unlikely, but it wouldn’t be surprising if he snags a nomination at the Golden Globes.

The movie doesn’t dive in too much on the personal life of the other members of the band, but Roger Taylor was a great character to look at. Kudos to Ben Hardy for his portrayal of the character.

Audiences will be able to detect many recognizable songs, including “Bohemian Rhapsody,” “We Will Rock You” and “We Are The Champions.” While these songs are enjoyable to listen to, they do not always feel cohesive with the storyline. As audiences are more invested with the songs, it composes a weaker script for moviegoers to enjoy.

What struggles the most is the cinematography and the editing. The film felt too dark with its lighting and many of the shots seem a little bit in your face. This isn’t necessarily a bad thing if you want a more approachable experience in the theater, but at the same time, the shots could have been a little more exciting and not as harsh.

While the film is structured chronologically, the pacing tended to be a little fast and slow at times. One example would be the ending, which felt a little too much like a rock concert rather than a movie you would want to sit down and watch. As mentioned, some people might appreciate this; but coming from a review standpoint, it tends to be a little sluggish.

Overall, the film had its perks with comedy and talent, but at the same time, it felt that Queen deserved for their story to be told better. Perhaps it had to do with the harsh cinematography and lack of a storyline. While there is no doubt that this film will be enjoyable for some people, this is not something for everyone. It would be nice to see another Queen movie in the future, but for now, it is time to move onto the next musical biographic picture.