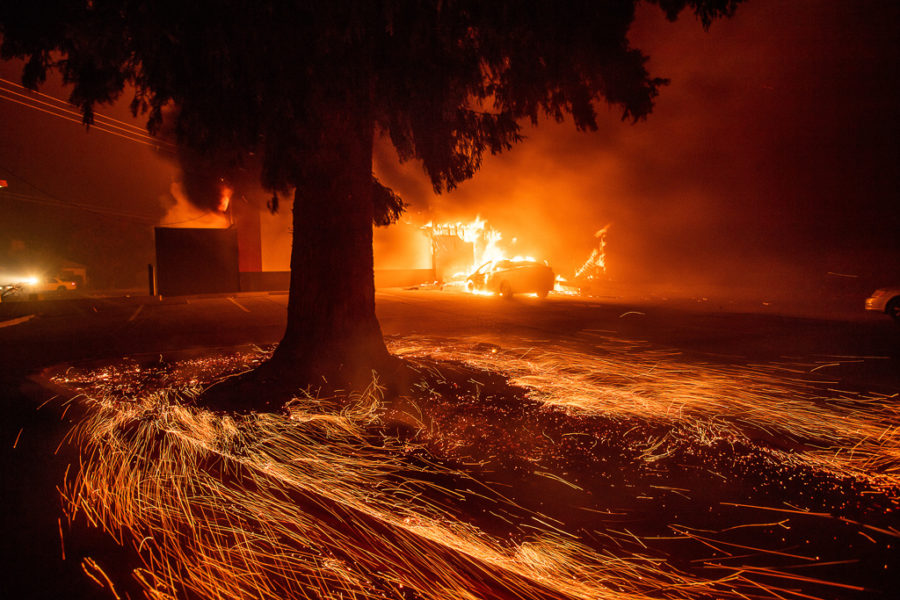 We’re back and we’re reading – everything from the “Washington Post” to “CBS News.” We’re trying to help you keep up with the rapid pace of politics and policy. Today we’ve got an update on the California fire, a newly released audio tape, and drama in the White House.
Paradise, California lost
The fire in Northern California is expected to become the deadliest fire in California with 29 deaths and more than 200 people missing or unaccounted for, according to the Los Angeles Times.

The death toll of this fire, named the Camp Fire, is currently tied with the deadliest fire the Griffith park disaster back in 1933.

Fire authorities in the area said that the fire had charred 111 thousand acres with 25 percent of the fire contained as of Sunday evening.

Officials have not yet determined the origin of the fire, but Pacific Gas & Electric notified state regulators that a high-voltage power line malfunctioned around both time and location of the first reported flames.
Turkey releases the Khashoggi audio tape to world leaders
According to Al Jazeera, Turkish President Recep Tayyip Erdogan released the audio tape containing the murder of Saudi Arabian journalist Jamal Khashoggi to the leaders of Saudi Arabia, the U.S., Germany, France and Britain.

Khashoggi was reportedly suffocated by a plastic bag in the Saudi consulate in Istanbul before being dismembered by a Saudi team led by the Head of the Saudi Scientific Council of Forensics Salah al-Tubaigy.

Traces of acid were found in the Saudi consul general’s residence, where investigators believe the body was disposed.
The end of a bromance
It seems as if the surprising friendship between President Trump and French President Emmanuel Macron has come to an end via Trump’s favorite medium, Twitter, according to Business Insider.

The tension between the two leaders began the way it ended, with a tweet from President Trump.

Trump criticized Macron for his call for a “true European army;” calling his proposal “very insulting” before flying to Paris along with German Chancellor Angela Merkel and Russian President Vladimir Putin for Armistice Day.

Over the weekend, Macron criticized Trump over his support of nationalism, calling it the difference between the two in a joint press conference.

Upon returning to Washington D.C. Monday, Trump sent out a string of familiar tweets calling for European nations to “either pay the United States for its great military protection, or protect themselves.”
GI Bill payment glitch continues to impact Veterans
While Americans celebrated Veterans Day, the Department of Veteran Affairs (VA) is still suffering form a series of glitches that has delayed or denied GI benefit payments to veterans, according to NBC News.

The glitches stem from issues implementing the Forever GI Bill that President Trump signed in 2017, which expanded benefits for veterans but not the VA’s technology.

According to the VA, more than 82 thousand veterans are waiting for housing payments as of Nov. 8 with hundreds of thousands being affected in some way.

More than 202 individuals have been hired by the VA to fix the problem, but there still remains roughly 45 thousand positions vacant, including the department’s chief information officer since LaVerne Council left after Trumps election.
President Trump cast doubt on Florida elections
President Trump continued his Twitter war with Democrats calling for the end of the automatic recount for both the Senate and gubernatorial races claiming, “an honest vote count is no longer possible – [with] ballots massively infected,” according to the Washington Post.

Trump, along with other Republicans, including former Florida governor and senatorial candidate Rick Scott, have claimed that signatures have been forged and ballots lost making the recount tally inaccurate.

Evidence supporting Trump’s claims has yet to be found, according to the Florida Secretary of State, who was appointed by Rick Scott during his tenure as governor.
Did the White House spread fake news?
On Fox News Sunday with Chris Wallace, Counselor to the President, Kellyanne Conway, admitted that the video involving the incident between CNN White House reporter Jim Acosta and a White House aide had been altered.

Conway said that the video, which was posted by conspiratorially minded website Infrowars.com, was not doctored but sped up. Calling the media’s reaction an overwrought description of something that happens all the time in sports.

She continued to push back, reframing the argument over whether or not did Acosta touch the aide and for interrupting an NBC reporter who was asking the next question as the reasoning for Acosta losing his access to the White House.

That’s all we have for today. Check back tomorrow for more.