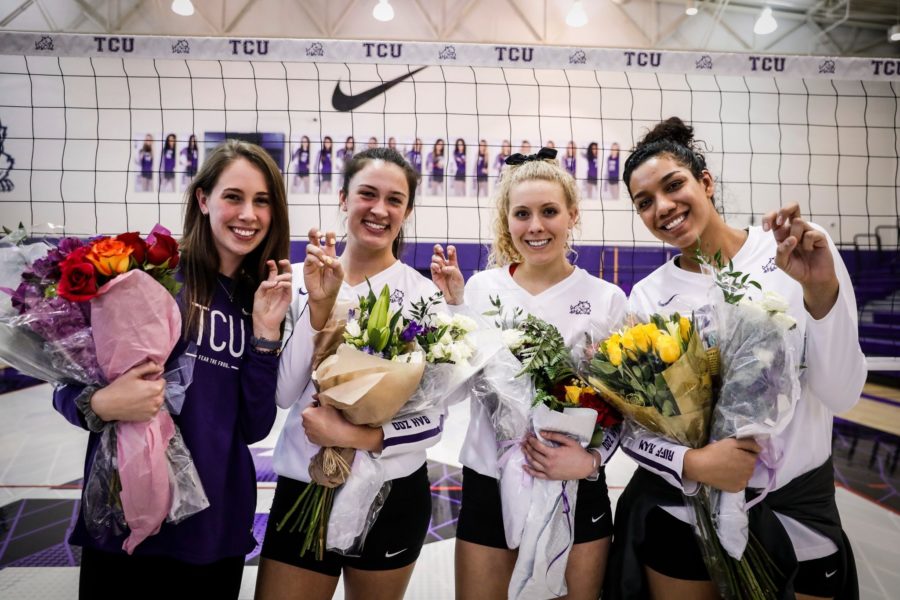 Students gathered in groups to speak about any micro-aggressions, discrimination or misrepresentation they experienced in the TCU community during a forum Monday.

The first day of the Diversity, Equity and Inclusion (DEI) forum also served as a brainstorming session for students to share their ideas of how to fix the issues regarding DEI within the TCU community.

“TCU needs to put their money where their mouth is and invest in diversity centers,” one anonymous student said.

Other suggestions included a required DEI training for faculty and staff to help enhance the professor’s understandings of all students’ backgrounds.

Historically, TCU has been a predominately white campus with 68.1 percent of the current undergraduate student body comprised of white students, according to the TCU Fact Book. The lack of diversity is seen throughout the administration with faculty and administration mirroring similar demographics.

“We’re sitting here talking about diversity we don’t even have,” said another anonymous student during the forum.

The forum’s objective is to provide a platform for TCU students’ voices, experiences and ideas to be heard.

“The format for the forum was guided by a forum that the University of Michigan did,” said Hope Bentley, the Director of the Diversity and Inclusion Committee for SGA. “The main goal is to listen to students regarding issues of DEI on campus and the current DEI plan.”

With 82 percent approval, TCU’s Student Government Association passed a bill Tuesday night that will implement an emphasis on DEI into the already existing TCU Core classes. It would not be an additional requirement for the students; however, it will provide a change in the curriculum of the courses to emphasize DEI topics.

This proposal, led by Bentley, was presented to the TCU Board of Trustees Nov. 9. The final decision on whether to implement a DEI emphasis within the core curriculum will be voted on by the TCU Faculty Senate.

“While I hope that TCU students are always able and willing to have conversations about diversity and inclusion on campus, it is so important that have these forums to have open and honest conversations about what we can improve on,” said Student Body President, Abbey Widick.

A student facilitator at the forum, Dominique Cooke, hopes the discussion will provide ideas to make TCU a more inclusive campus for all their students.