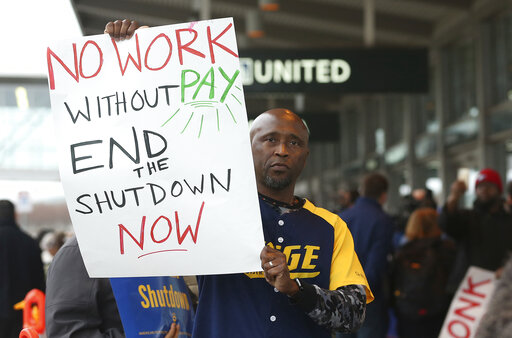 During a shutdown, federal agencies discontinue non-essential activity. In recent days, the administration has called some people back to work – still without pay.
What are necessary and non-essential functions?
While each federal agency has its own plan in case a shutdown should occur, most necessary functions are those related to public safety. For example, border protection, air traffic control and law enforcement are still operating, though employees are working without pay. While it sounds like the public would not be impacted, the non-essential functions that would cease are food and environment inspections by the Environmental Protection Agency and the Food and Drug Administration, benefit verification for social security and Medicare, national park operation and the IRS activity.

Note: Some FDA workers, as well as 46,000 IRS workers, have been called back.
How are federal employees affected?

Still, thousands of federal employees are furloughed, thus not allowed to work or receive pay. Historically, these employees have received back pay for the work they missed. Congress has passed legislation authorizing retroactive pay, but Trump has yet to sign it.
When else have government shutdowns occurred?
There have been six total government shutdowns since 1990. Only three have affected operations for more than three days, two under President Bill Clinton in 1995 and 1996 and one under President Barack Obama in 2013. This is the longest the government has ever been shut down.

What are they fighting about?
The president and congressional leaders are at odds over funding the promised border wall. President Trump wants $5.7 billion to help build a wall at the U.S.-Mexico border. The Democrats offered $1.6 billion for “border security,” not specifically a wall, which House Speaker Nancy Pelosi has called “immoral.”

In the past 27 days about 800,000 federal workers have been affected by the shutdown according to the New York Times. A typical federal worker has missed $5,000 in pay so far.

Even without pay, many workers continue to show up for many reasons, including a ban on government workers striking and strong beliefs in what they do.