Women’s tennis falls to Texas A&M, looks ahead to Rice 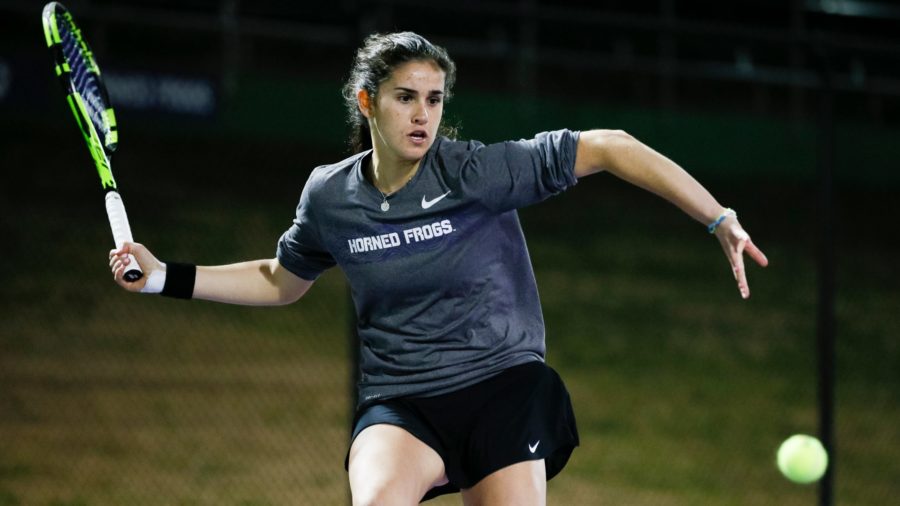 The team suffered their first road loss over the weekend. Photo courtesy GoFrogs 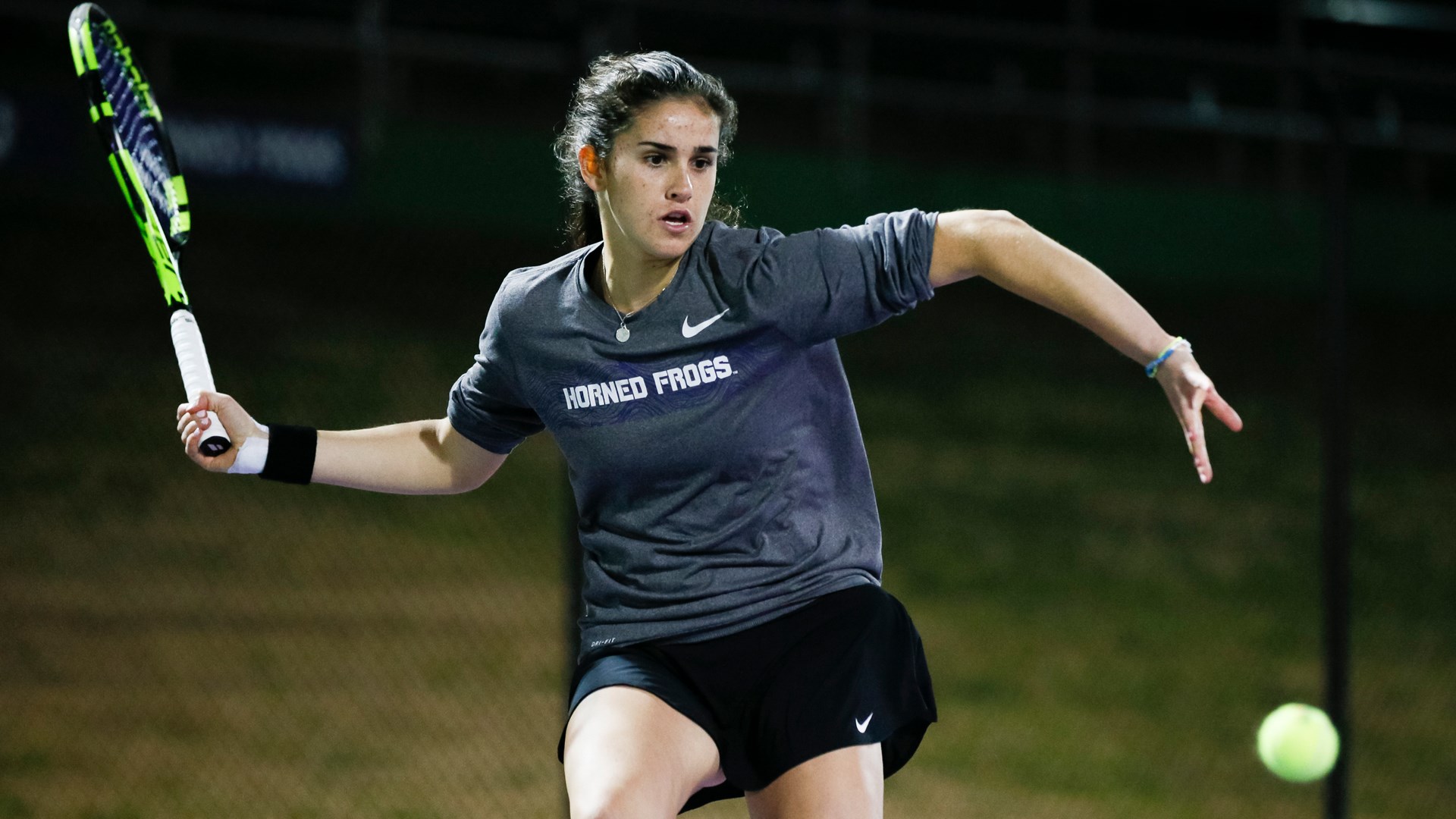 The team suffered their first road loss over the weekend. Photo courtesy GoFrogs

TCU women’s tennis couldn’t hold a 3-1 lead as Texas A&M marched back for a 4-3 victory, but a Wednesday matchup at Rice University gives the Frogs a chance to redeem themselves.

The Texas A&M loss was the Frogs’ first match on the road. The Aggies were able to use their home court advantage to overwhelm the Frogs and force the loss.

First-year Kate Paulus believes that the key to the team finding road success is in their energy.

“We really need to be positive and loud,” Paulus said. “We need to bring the heat.”

The Frogs (4-1) started out hot in College Station by earning the doubles point over the Aggies (7-0) with a 6-4 win from Ellie Douglas and Aleksa Cveticanin and a Stevie Kennedy and Chloe Hule win on court three. The Kennedy and Hule tandem secured the doubles point for TCU with a resilient 7-6, 7-4 win in the tiebreaker.

Douglas flew into the singles round and put away the first singles point with a 6-2, 6-2 win over Katya Townsend, making her undefeated in the season in singles. Fellow first-year Mercedes Aristegui continued her perfect record in singles with a 6-2, 6-3 victory on court four.

Aristegui’s win would be the last point on the board for the Frogs. The Aggies had straight-set victories over Kennedy and Hule on the bottom two courts, while both Paulus and Cveticanin dropped their third set.

Paulus suffered her first loss in singles this season, dropping her first set 3-6 and her third set 1-6 against Tatiana Makarova. Cveticanin battled Texas A&M’s No. 110 ranked Jayci Goldsmith in a 6-2, 1-6, 3-6 loss.

The team will head to Houston Wednesday to face off against Rice University (2-1). The Owls’ Linda Huang is featured on two ranked doubles teams, sitting at No. 55 with Michaela Haet and at No. 59 with Priya Niezgoda.