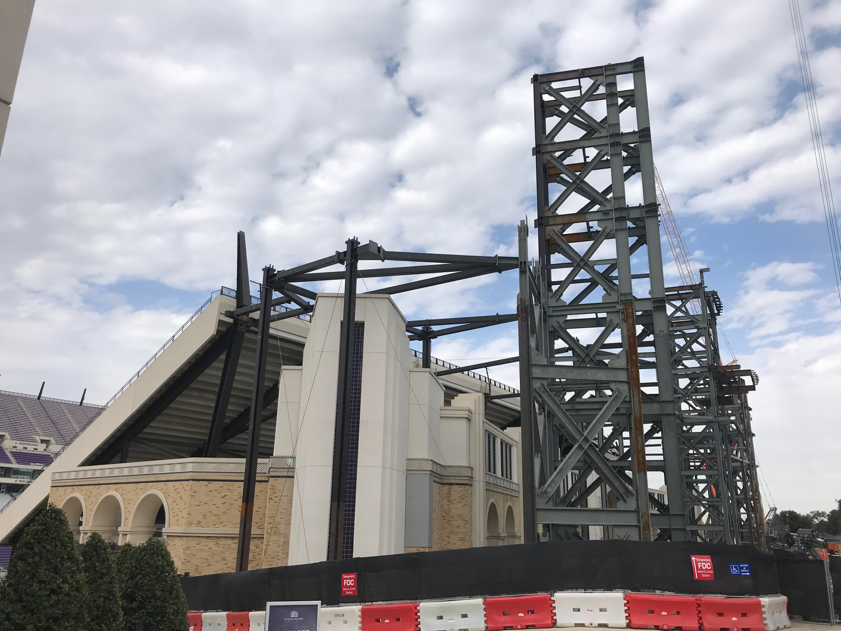 The expansion of premium seating in Amon G. Carter Stadium likely won’t be complete by the start of the fall season, according to TCU Athletics.

Director of Intercollegiate Athletics Jeremiah Donati said the heavy rains in September and October caused a 30-day delay in construction.

More than half of the steel has been installed and once that’s finished, construction officials should be able to have a predictable completion date, Donati said.

This project has increased the numbers of newer and younger donors supporting the team, he said.

Construction on a $100 million addition to Amon G. Carter Stadium has been delayed.

Former TCU linebacker Ty Summers said he is excited about the construction and the enhancement of the fan experience.

The new space will be used for many other events post-football season. The architecture is designed to be a multifunctional space that the community can take advantage of.

“The views looking over campus and looking into downtown Fort Worth will be spectacular,” Donati said. “We will have a space where you can comfortably sit 600 to 700 people for banquets.”