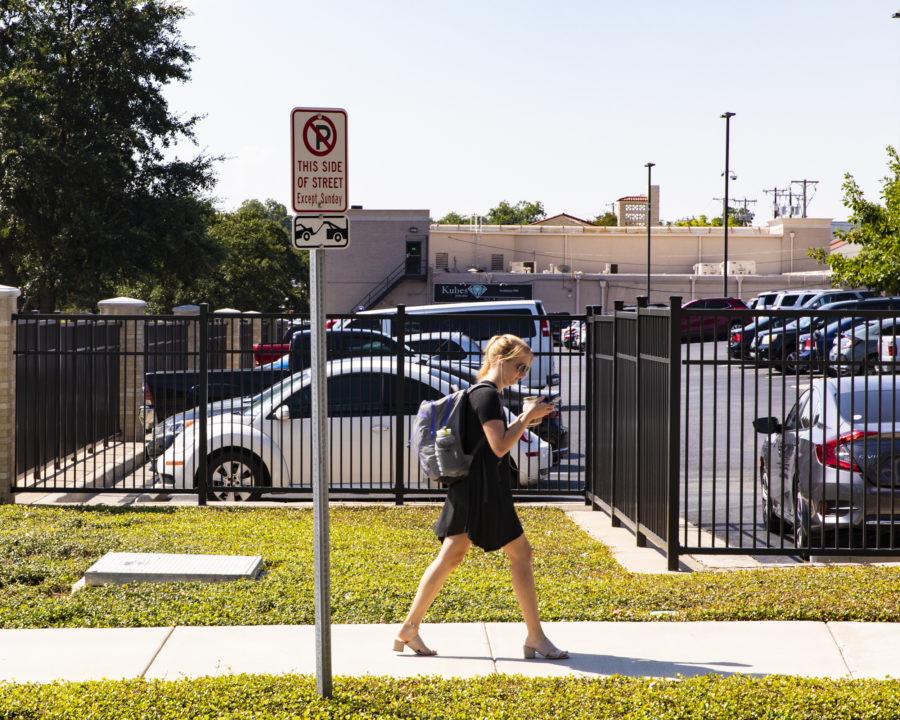 A student walking past an on-campus parking lot. Photo by Heesoo Yang. 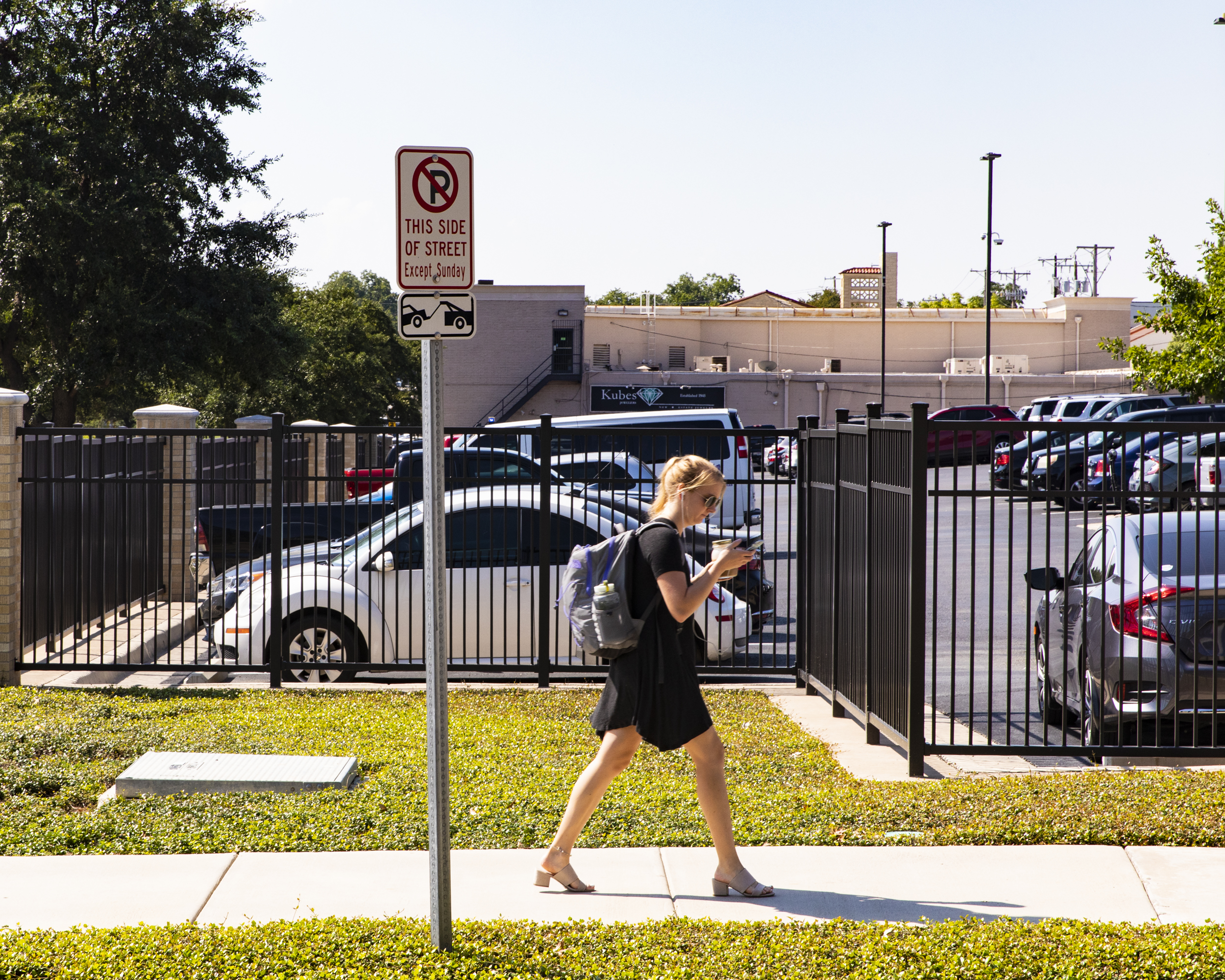 A student walking to class from an on-campus parking lot. Photo by Heesoo Yang.

Michaella Coughlin, a senior communication studies and criminal justice minor, said the recent influx of construction has led to an insufficient amount of space for parking in place for new academic buildings.

“It also poses an issue because the streets become more crowded with construction equipment, not allowing cars to either park on the street or just pass through,” Coughlin said.

Although change can be good, for some students this change feels never-ending.

“I’ve been very
close to being late [to class] many times,” said Nam Nguyen, a junior
chemistry major with minors in music and women and gender studies.

Nguyen, a commuter, relies on his car to get to class on time. Even though he purchased a parking pass, his spot in a lot that is convenient to his classes is not guaranteed.

TCU is advertised as a “walkable campus,” which can be an appealing factor to students who either don’t own a car or simply prefer to walk.

DeAnn Jones, the coordinator for parking and transportation services, said although some surface lots have become the site of new buildings on campus (such as the new Fine Arts building), additional lots have been created to offset the loss of those spaces.

“The campus has been transitioning to perimeter parking for several years in order to become a pedestrian campus,” Jones said. “There is not a lack of parking – only a lack of close-in parking.”

According to TCU’s rules and regulations, the university is unable to guarantee a parking place for all vehicles, even if that person has purchased a parking pass.

If students are unable to snag a spot on-campus, parking in any of the surrounding neighborhoods could result in a ticket from the Fort Worth Police. 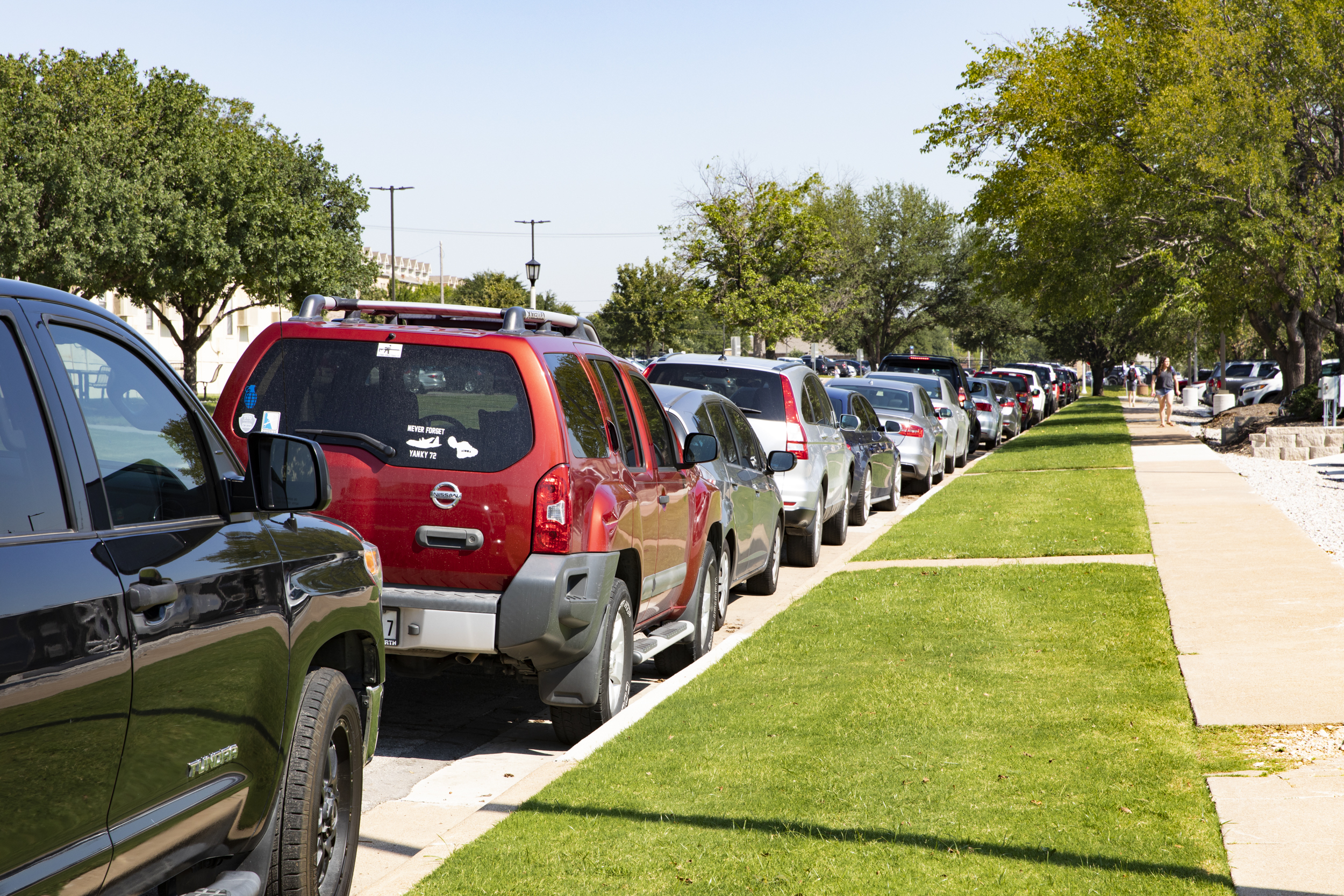 “A lot of my friends get very frustrated with the lack of parking spaces and the routine ticket giving,” Coughlin said. “There is nowhere for anyone who commutes to leave their vehicle.”

To date, the university has issued 5,090 student permits. This is a decrease from last year; however, students are still in the process of purchasing their permits for the semester.

“Students are responsible for knowing all of their options for parking with their particular permit,” Jones said.  “A map and instructions are included with every permit that is distributed.”

The combination of the school’s increased population paired with the lack of parking has led to headaches for some Frogs.

TCU: what if we encouraged our upperclassmen to live off campus so we don't have to build as many residence halls. They can just commute!

Also TCU: parking??? For commuters??? Just go to Timbuktu and walk the 20 minutes to class in 90°+ heat https://t.co/Hb7qvzvdKS

Although many students have voiced their discontent on social media, Jones said her office hasn’t experienced much negative feedback.

Alternatives, such as Froggie 5-0 and TCU shuttles, are available to students and staff – but for those housed off-campus, these options aren’t always the most efficient way to get from point A to B.

“I usually drive, but waiting for a shuttle plus transportation time is often not convenient,” Nguyen said.

Jones said they are considering adding additional routes to service those who live outside of the shuttle’s stops, but did not offer any specifics on the potential additional bus routes.

There are no future plans to build additional parking garages according to Todd Waldvogel, associate vice chancellor for facilities. He said this decision is due to the high cost to build them combined with the fact TCU has a sufficient amount of surface lots.