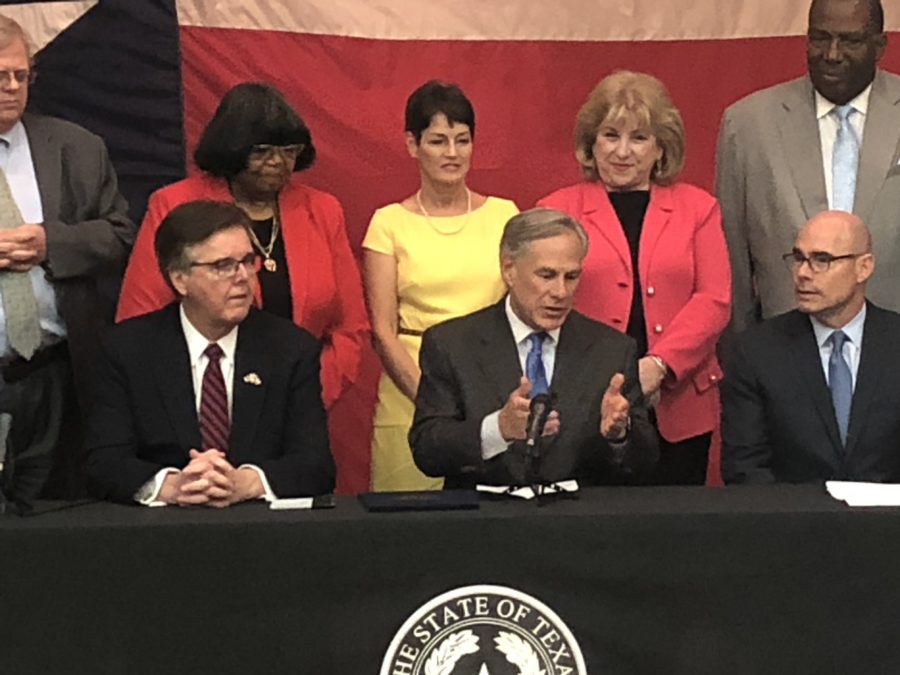 “Solving the problems that have led to these horrific events will take more than governmental action,” the governor said in a press release.

The report came in response to the mass shooting last month in El Paso and was created after several meetings between Abbott’s Texas Safety Commission and community leaders, law enforcement officials and survivors of mass shootings among other groups.

The group studied the outbreak of recent mass shootings in Texas and developed policy strategies to prevent future tragedies.

Abbott said the real solution will go beyond “what is outlined” in the report and will take all Texans to move forward.

“It will require parents, families, churches, law enforcement, community groups, schools and others working together to fortify the social fabric of our society,” Abbott said in a press release. “Texans are at our best when we are tested.”

Abbott laid out his own policy directives on gun and public safety and made legislative suggestions for state lawmakers to take up next session. Some of his own directives included:

Among other requests for the next legislative session, Abbott wants lawmakers to give private gun vendors easier access to background check information when selling to strangers. This is an effort to make it harder for those convicted of violent crimes to purchase guns after their release from prison.

The report also provides suggestions for safe firearm storage in homes and ways schools can work with parents to address student mental health.

Here is a link to the full Texas Safety Action Report.