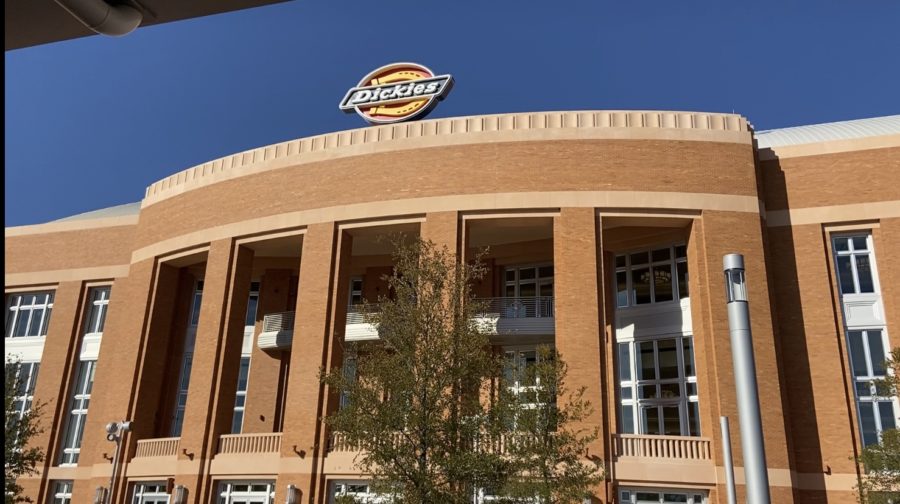 TCU will be a founding and educational partner of Dickies Arena. Photo by Alexa Hines

This new $540 million arena will be home to shows, concerts and the Fort Worth Stock Show and Rodeo, but it doesn’t look quite like the typical rodeo arena.

Upon entering, visitors are greeted by terrazzo tile work and massive chandeliers. Natural light also floods through the windows.

There are four spiral staircases in the building ― two are octagonal and two are oval-shaped — with floor-to-ceiling views. 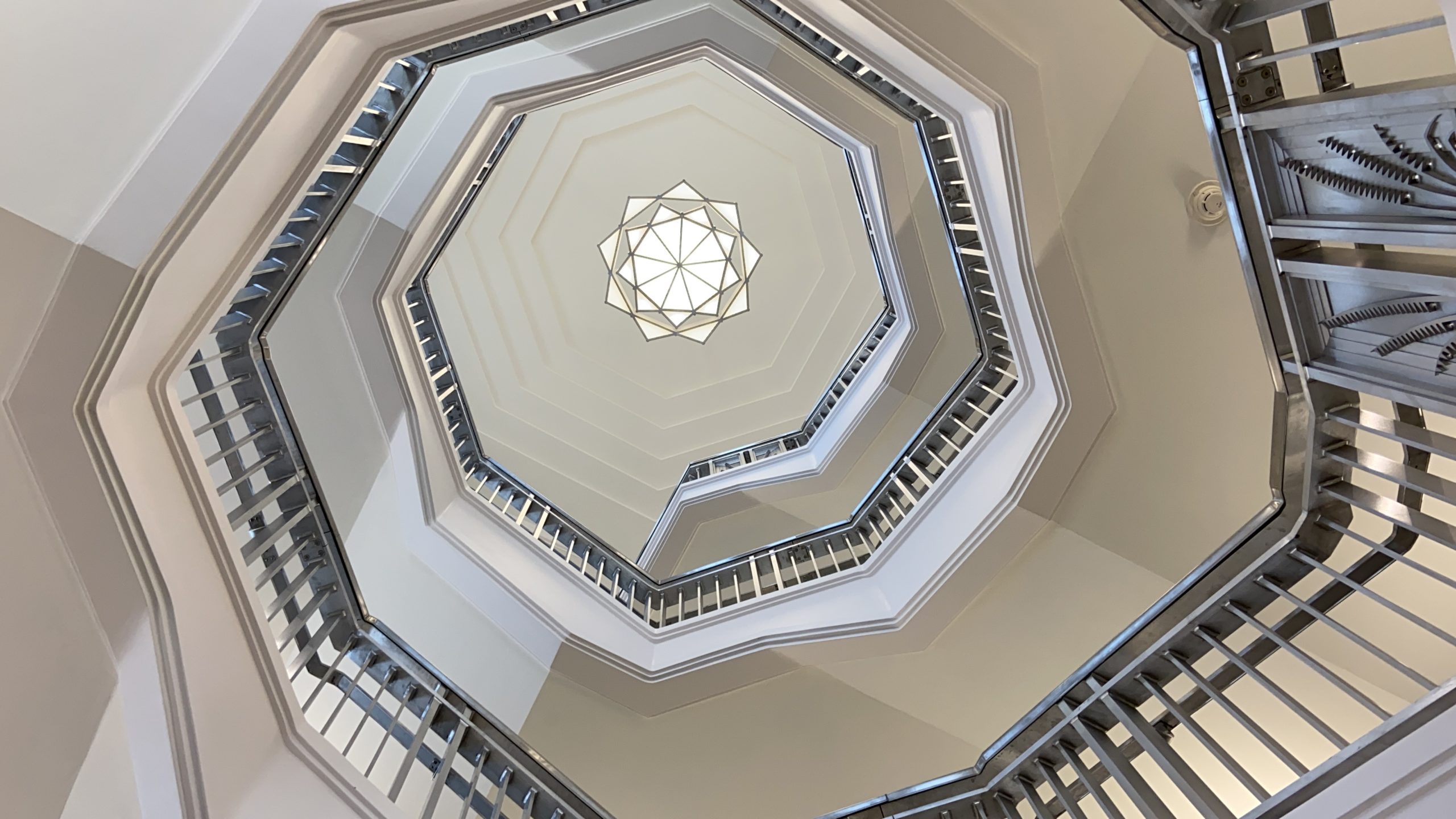 A view from the bottom of one of the spiral staircases.Photo by Alexa Hines

“I feel like I am getting dust in Bass Hall,” said Brad Barnes, the president and general manager of the Fort Worth Stock Show & Rodeo.

Dickies Arena has multiple plazas. The east Simmons Bank Plaza connects the arena complex on Montgomery Street with the Will Rogers Memorial Center on University Drive.

“We really wanted this place to feel connected like a campus,” Barnes said.

The plaza offers a complete view of the downtown Fort Worth skyline, a view that won’t change because the Trinity River and the Botanical Gardens are located between the two. 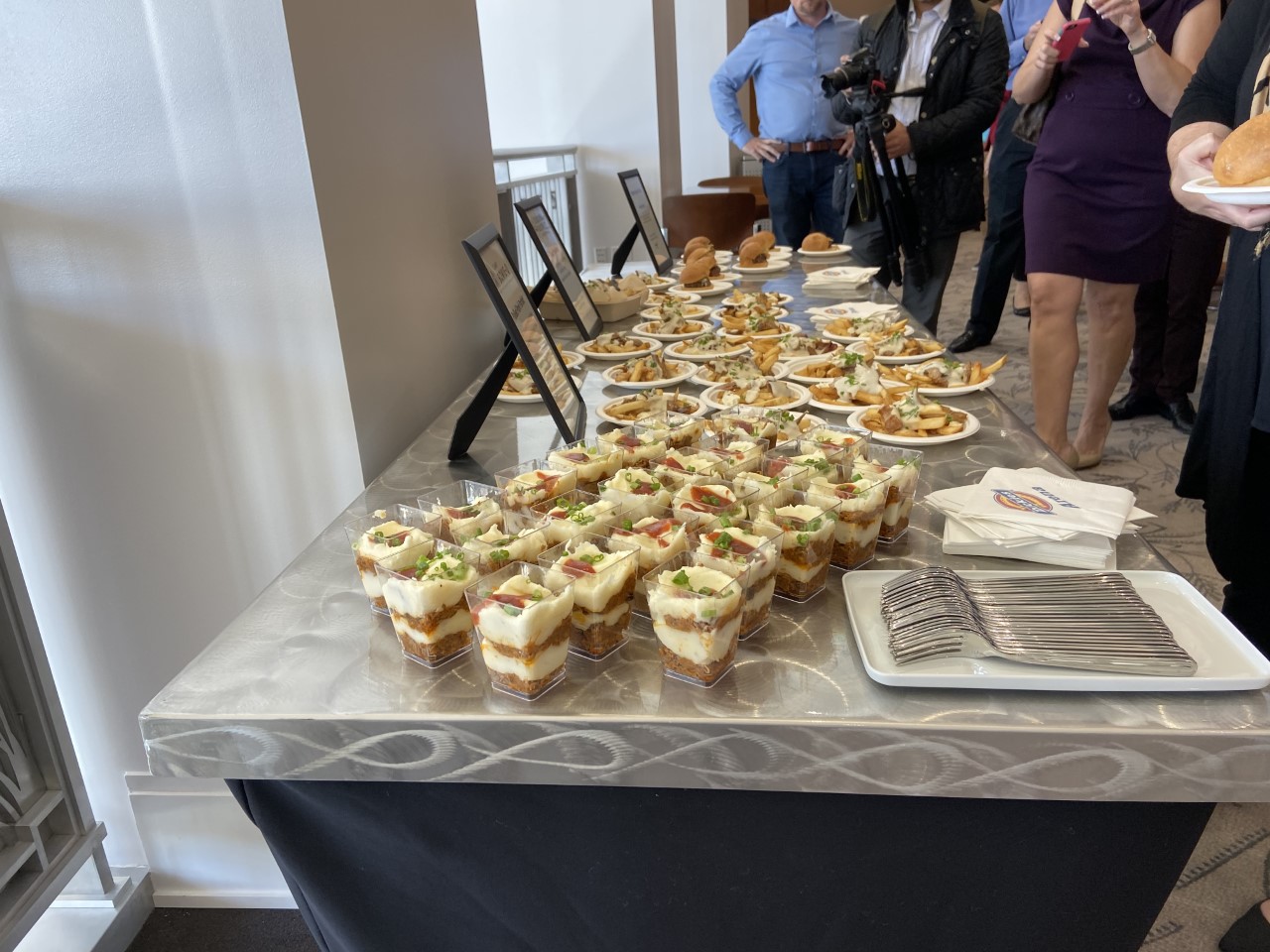 Some food options include a pulled pork parfait, a duck confit poutine and a bison slider. Photo by Alexa Hines

Each concession location will draw inspiration from a district or location in Fort Worth, said Director of Food and Beverage Julie Margolin. Some examples include Cowtown Fresh-Fare and Cultural District Creations.

Since Trail Drive Management Corp, the operating entity that manages the arena, is not-for-profit, all earnings from ticket sales go toward the upkeep of the arena.

Once you’re at your seat, you won’t have a bad view of the action. There is not a bad seat and each of them will be cushioned and an individual cup holder.

If you miss something on the court, don’t worry. The second-largest rounded video board in the nation will be in the arena — behind Little Caesars Arena in Detroit — with underbelly screens for those seated near the floor. 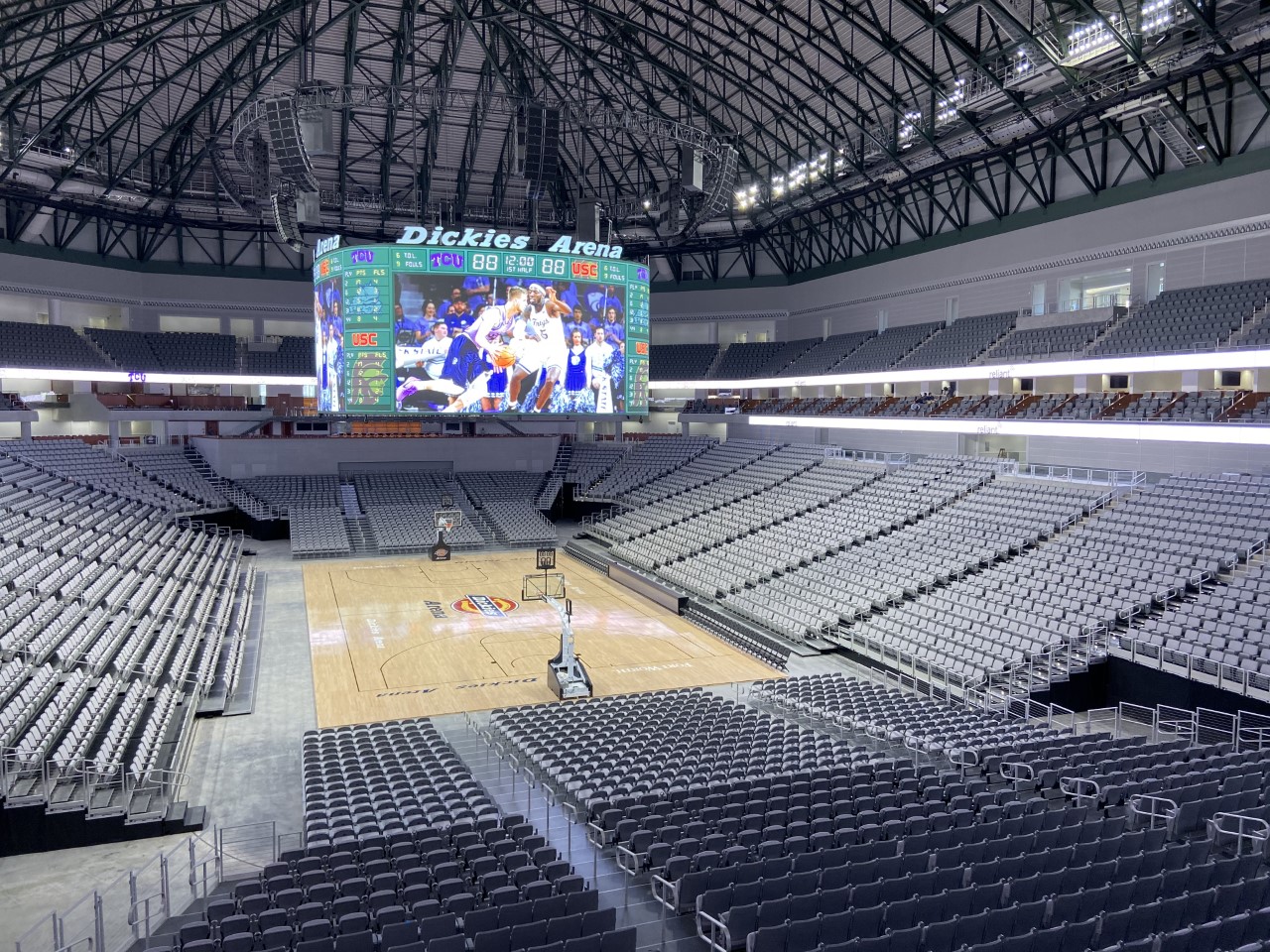 TCU recently announced that it will be a founding and exclusive educational partner of Dickies Arena.
Photo by Alexa Hines

Dickies Arena will seat just under 14,000 for a basketball game, but that number will increase for concerts.

While Dickies Arena is not the same size as the American Airlines Center, it does provide more floor seating. This will allow more fans to have an up-close experience and more upper-class tickets to be sold, said Matt Homan, the president and general manager of Trail Drive Management Corp.

The inaugural college basketball game in the arena will be Dec. 6 when TCU plays the USC Trojans.

Twenty-One Pilots will be the first concert on Nov. 8, but the big headliner is George Strait who will perform on back-to-back nights, Nov. 22-23.

The ribbon-cutting ceremony and community open house begins at 10 a.m. Saturday. The event is free, but guests must register for a tour through Ticketmaster.