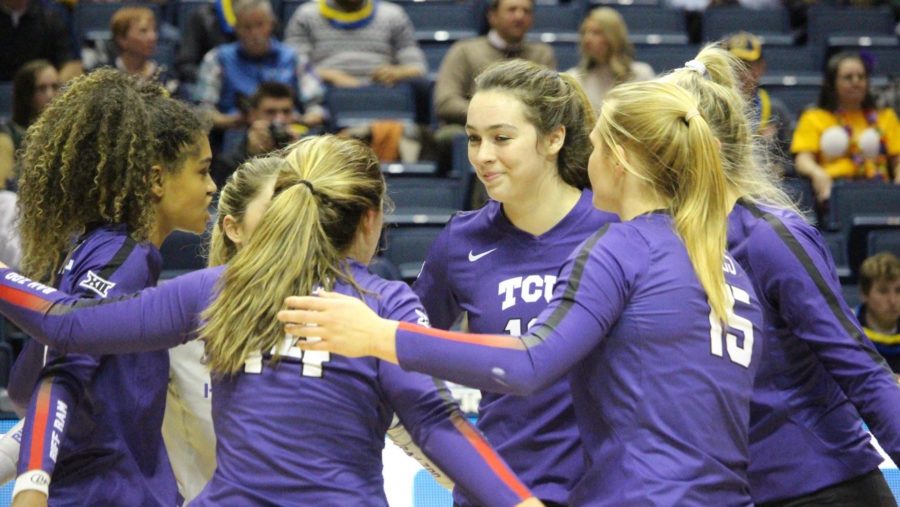 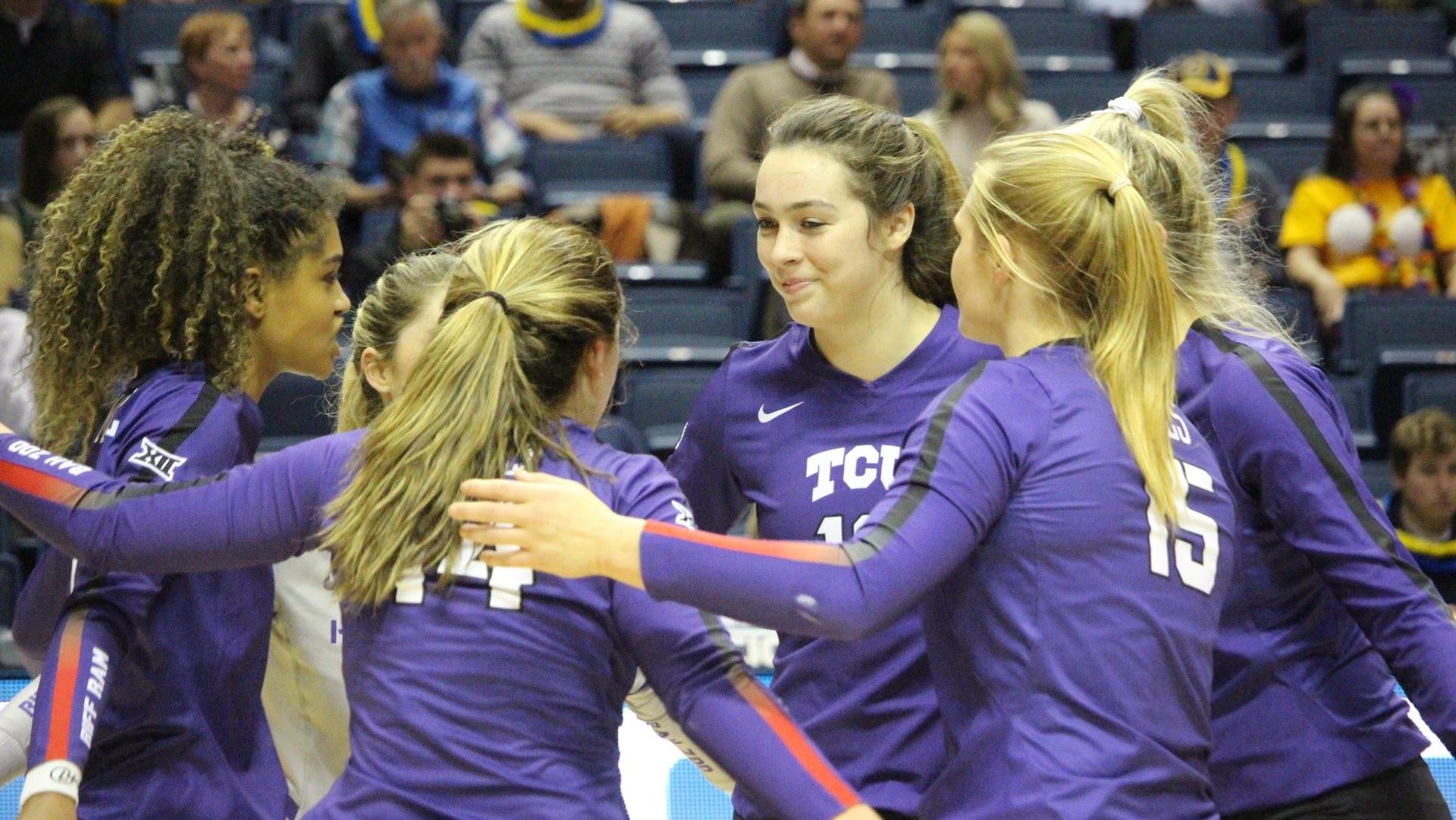 The Frogs collected 62 kills as a team in the win over West Virginia. Photo courtesy of GoFrogs.com

TCU volleyball defeated West Virginia in four sets on the road to begin their first conference win streak this season.

The Frogs have now won two games in a row, as they beat Kansas 3-1 last Saturday in Fort Worth.

Outside hitter élan McCall was brilliant in the win, recording 20 kills on a .356 hitting clip to go with 21 digs. Each of those totals is a season-high for the sophomore.

The Frogs tallied 62 kills as a team in the win, their third-highest mark this season. Joining McCall was first-year Julia Adams, who added 17 kills of her own.

Adams, the Big 12 offensive player and rookie of the week, has recorded 40 kills in the last two games alone.

The game was competitive early on, with the first set seeing 12 ties and five lead changes. Five kills from Adams would prove too much for the Mountaineers, though, and TCU took a 1-0 match lead with a 25-21 win.

West Virginia looked determined to protect their home court though, as they locked TCU up defensively in the second set to take it 25-20.

The Frogs totaled just 12 kills as a team in the second set.

TCU responded well, leading the entire third set to win it handily, 25-18, and take a 2-1 match lead. Four Frogs had recorded three or more kills in the set.

The Frogs trailed 15-13 midway through the fourth set, but a 6-0 run followed to end any hopes the Mountaineers had of victory.

Setter McKenzie Nichols put up 49 assists and 10 digs for her third-straight double-double.

TCU looks to keep rolling when they return to play this Saturday, but it won’t be easy, as they face the No. 1 Texas Longhorns. First serve is scheduled for 7 p.m. on Longhorn Network.